Augsburg Linux-Infotag: After the harvest

Egg, 9 April 2019: The past few days have been far more strenuous than expected — and at the same time both very instructive and informative and at the same time fascinating. The question can certainly be raised as to whether the time of the Linux Days has long since passed its zenith. Will such events still be needed in 2019? At a time when everyone is far more on the move with an Android and/or iOS smartphone and/or tablet. The market share of the Linux desktop is floundering in the lowest percentage range, so why bother with Linux? The example of AVMultimedia in the new 2019-er-Edtion will be used to illustrate the advantages that can result. 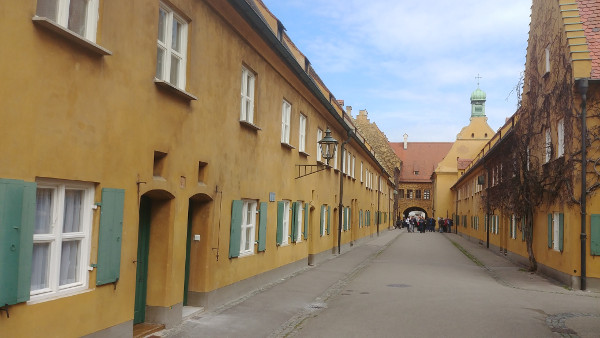 A lot of manual work was necessary for AVMultimedia to be shown at Linux-Infotag. New kernels (currently 4.14.32) had to be created, the software had to be perfectly tuned to each other — and those who now believe that Linux is free of bugs are quite wrong. After all, the sources are available, so nothing stands in the way of extensive troubleshooting, except for the deadline of the Linux-Infotag on April 6, 2019. Somehow it was enough in the end, although there was not much time left for the presentation.

The lecture halls of the Augsburg University of Applied Sciences are professionally equipped. The HDMI cable is plugged into the external display port and a second screen appears on the beamer. Stupidly enough, nowhere is there a switchbox to synchronize the notebook image with the beamer’s external screen. Unfortunately, all the great live demos can’t be shown this way.

Help is requested — a young Linux geek-stirs his hands desperately, he can’t help, he doesn’t know anything about this graphical OS  (AVMultimedia). After I was able to show that there is a real Linux here, a little trick is done with a helper program, and the internal and external screen are synchronized. But, and this is the reason why it fails in the heat of the moment, the notebook display lacks just so many pixels at the bottom that the menu with the programs is not tangible.

I give up or settle for the prepared LibreOffice slides, these are perfectly presented through presentations on the internal (in an overview) and the external screen (full screen). Although the presentation is barely saved, I can’t show all the great live demos.

Later on, when AVMultimedia is shown at the booth, there is a lot of praise, one even thinks, wow, such parents would have wished for him when I demonstrated the children’s mini tablets with AVMultimedia. We’re talking about the learning stick (created by the Fachhochschule Nordwestschweiz). As an example it can be shown that AVMultimedia is more spartan (there is only one desktop environment), but works faster (thanks to RAM mode) and is ready for use.

I also mention that the goal of AVMultimedia from the ‘parents’ point of view is to provide a Linux desktop that is suitable for everyday use, which requires as little support as possible, and that, in my opinion, the Lernstick is more suitable for schools. And then it has to be considered that AVMultimedia doesn’t have the same resources at its disposal that the Lernstick team would have. We spend the evening with a cosy meal, with a lot of math magic and a very stimulating discussion about the nonsense of the electronic eVoting system in Switzerland. Tired and satisfied we go to bed shortly before or after midnight.

On Sunday morning I try to eliminate the few missing pixels with Finetuning with the synchronization between the beamer and my laptop. Sometime I look at the settings to the screen (system and there control center) in the Mate desktop of AVMultimedia and find there the button ‘same picture on all screens’. 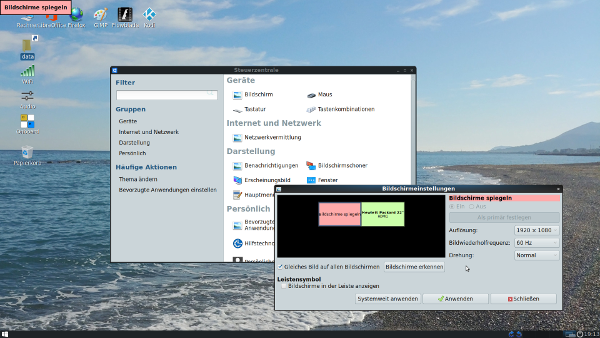 Runs wonderfully, only how embarrassing that I did not know the button at the presentation of AVMultimedia. What a pitiful failure if the speaker can’t even mirror the screen in a multimedia distribution like AVMultimedia. Not that it didn’t work (then it would still be justifiable). No, much worse, the button wasn’t even known. To my justification I’d like to add here that according to my memory this didn’t work at the release one year before and that I just had two weeks of kernel, firmware and driver revisions behind me, unfortunately it didn’t work out that fast.

Integration of Scratch 3.0 into AVMultimedia

The topic of programming was an important part of the Linux Info Day in Augsburg. Scratch is especially popular with children and teenagers. Up to and including version 2.0 Flash was necessary. Even though this technology is still included on AVMultimedia, and my family spent two very enjoyable days with Scratch 2.0 on AVMultimedia last year, I found it very “annoying” when no native Linux version was made available when Scratch 3.0 was announced. 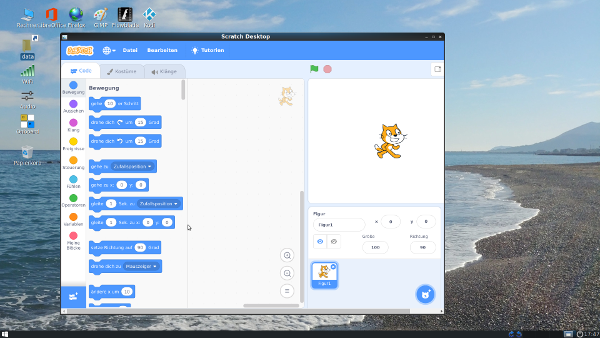 Besides Windows 10+ (!) and Mac 10.13 there is the possibility to work with an online account with Scratch. What do you mean? An Open Source language for children, which is available either for proprietary systems or only online? And this although Scratch 3.0 was realized with JavaScript? It may be that the distribution of AVMultimedia (or other desktop systems with Linux) is not too high. But if Open Source is released again only on proprietary systems, how will this change in rudiments ever?

That’s just not allowed and so I set out to get Scratch 3.0 running on the Linux desktop (AVMultimedia). With some instructions that “normal mortals” can’t follow, it finally worked. Scratch 3.0 now works like clockwork on AVMultimedia. However, the requirements are not quite modest. Scratch 3.0 requires well over 300 Mbyte, so it was unavoidable to place Scratch 3.0 in the data partition so that the 4 GB limit would not be blown up. This means that the first time AVMultimedia is booted it will take about 10 seconds longer to transfer Scratch 3.0 to the hard disk, but Scratch 3.0 will run quite solidly on devices with 4 GB RAM (only the start of the environment always takes about 10 seconds). In this sense, happy Linux!

P.S: The current versions of AVMultimedia can be found at sourceforge.net (ArchivistaBox project).

P.S II: The slides of the two presentations ‘AVMultimedia’ and ‘AVMini’ can be found here: