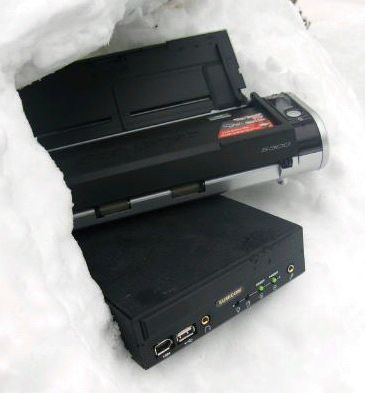 Pfaffhausen, Switzerland, 23rd December 2008: I would like to use this last blog entry of the year to carry out a brief review of 2008.

In January, we were busy with the new Windows Vista features. In February, we were able to add HP and Brother devices to our portfolio, alongside Fujitsu and AVision scanners.

The beginning of March saw the arrival of the new Rigi and Säntis boxes. With their competitive pricing, these have become our most sold boxes. At the end of March, it was time for Archivista GmbH to celebrate its tenth anniversary. And, as a sort of “thank you,” an article appeared in the April issue of the computing magazine c’t.

In May, our new WebShop went online at shop.archivista.ch. This now generates approximately one third of our sales, and probably nobody will mourn the passing of the old PDF price list.

June was the time when the ArchivistaBox 2008/VI was offered as a web-based ERP solution. The continuing development of this will also keep us busy in 2009, although it is not possible to reveal any more about this at this stage. In July, we were forced to halt new orders for individual modules and projects during the following months so that we could complete all existing projects.

In August, we presented the new Eiger ArchivistaBox, as well as drivers for Fujitsu scanners that can process up to 100 images per minute. We are very proud of September. Not just because we provided substantial sponsorship for the OpenExpo, but also because we were able to launch the market’s first open source text recognition function capable of generating searchable PDF files. 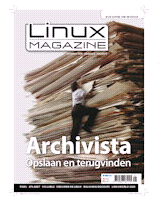 The end of October saw the appearance of the ArchivistaBox 2008/XI release. It is now possible for the first time to acquire a mobile ArchivistaBox. In tandem with the Fujitsu S300 scanner, it is now possible to have a complete mobile archiving solution that can operate independently of a power supply and which weights less than 3kg. November contained the new Dolder ArchivistaBox. This can (until 31.12.2008) be acquired for the same price that a 1-er software licence cost in the year 1998. The first ArchivistaBox cover story also appeared in November in the Dutch Linux magazine.

The mail archiving system for customers was released in mid-December. This was also the time when the third major test report appeared in the Swiss computing magazine Infoweek. The test report unfortunately did not include the new mail archiving, as it had not yet been completed at that time.

All these great new ArchivistaBox features would not have been possible without our loyal customers. We would therefore like to take this opportunity to give you our heartfelt thanks. Many thanks also to our new sales partners, who are now acquiring more customers than we are.

To conclude, I also do not want to forget the high acceptance among the open source community. We have now after all broken into the Top 500 at sourceforge.net – around 200 people currently make daily use of an ArchivistaBox CD. At the beginning of this year we were ranked around 3000th with approximately 3000 downloads (over approximately 3 years). Just since September 2008 the ArchivistaBox has now been downloaded around 9000 times from sourceforge.net, which is considerably more downloads in the last three than during the whole of 2005-2007.

The ArchivistaBox will continue to undergo significant development in 2009. You can find out when, how and what directly from this blog, which is always first with the news. And please understand that we can only comment about projects when they have been delivered. So the best idea is to take a good look at this blog again in January 2009.

From 1st January 2009 we will be publicising new prices in the WebShop. The new prices will include the GOLD maintenance fee for the first year in the basic price. This means that all new customers will receive a response to support cases within 8 hours during business hours. Defective boxes will also be replaced free of charge within this time span.

Our company will be closed during the Christmas / New Year period. Customers with maintenance agreements can obtain support via telephone and/or e-mail (on working days) in the event of faults. The WebShop remains open 24×7. It only remains for me to wish you all a Merry Christmas and a great start to 2009. I am looking forward to working with you in 2009.