ArchivistaVM Budget: virtualisation from only 990 CHF 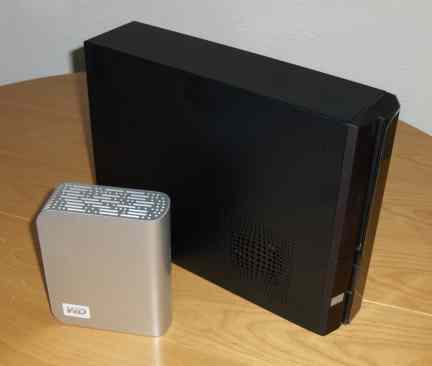 Pfaffhausen, 4 September, 2009: we recently received a lot of enquiries about our ArchivistaVM Summit virtualisation solution. Many of them praised our tried-and-tested ArchivistaBox concept for its virtualisation capabilities. The option of connecting multiple ArchivistaVM servers and running them in cluster mode found great resonance amongst the enquiries as well.

As you would expect, the price of 3,990 CHF for a complete 2 or 4 TB virtualisation solution with redundant hard disks is very competitive. And yet, with two ArchivistaVM servers offering a total of 8/16 TB hard disk capacity, the total sum is still well below 10,000 CHF. We know that this price is extremely competitive compared to other virtualisation solutions (with its 8 cores and native 16 TB of hard disk capacity).

Do all companies need 8/16 TB capacity?

Another question here is do all companies – and we are thinking primarily of SMEs here now – really need such performance? I know of a case where a one-man company was running three Windows servers and an ArchivistaBox. This resulted in four servers consuming some 500 to 600 Watts of electricity, creating considerable heat problems during the summer.

I also remember a discussion I had with a friend a few years ago (much less than a decade), where he proudly announced that his employer (a large and renowned worldwide bank) had just started using a huge disk array with a 3TB capacity. I can only conclude from this that not all companies require capacities in the region of 8/16 TB.

So this is where the ArchivistaVM Budget Server comes into the equation. For just 990 CHF you can have a fast virtualisation computer with 1.5 TB of memory. Backups of all instances, such as all installed operating systems, can be performed at any time on external hard disks.

And if redundancy is required at hardware level, it simply suffices to operate two ArchivistaVM Budget servers in unison. This would then provide you with an 8 core cluster for virtualisation at a price of only 1,980 CHF. It is also conceivable that you could create a system consisting of an ArchivistaVM Summit server connected to a Budget server. In principle, both server systems are compatible and can be expanded as desired using a cluster configuration.