Pfaffhausen, 6th April 2011: We are delighted to be able to release the ArchivistaBox 2011/IV release for download today. Support for DRBD and 10GBit network cards is a new feature, available with the new release. WeWW We've also completely revised the manuals. 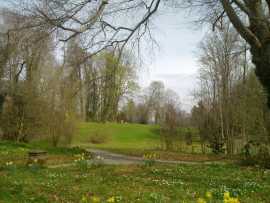 DRBD (Distributed Replicated Block Device) enables hard disks to be mirrored via two ArchivistaBox systems while running. This meansThis meansTthTth a second copy is always available for each instance on a second machine.

Our ArchivistaVM Universal servers achieve performance of between 300 and 400 MB/s. Conventional 1-GBit network cards (even in a quadruple combination) are massively overloaded for the performance. Therefore, we've decided to implement the new fibre option with the ArchivistaVM Universal servers. These machines are delivered with dual port 10GBit network cards.

The 10GBit performance currently offers sufficient expansion capacity to achieve very fast RAID systems. Only switches are currently a problem with 10GBit, with a 12-port switch at present costing well over ?10,000. This is why we have decided to connect our ArchivistaVM servers without switches. Currently, we can offer you clusters up to and with 5 machines (currently still with 30 CPU cores) at the standard price. Only with larger clusters is it necessary to purchase 10GBit switches.

In the past two months, we have put several hundred man-hours overall into our documentation. The manuals have been comprehensively renewed and updated and are now available again in German and English. You will find the manuals here in an online version and as a .pdf file directly on every ArchivistaBox CD.

Recently, we have released a further update. This includes support for Virtio. An ArchivistaBox can now be set up virtualized with Virtio drivers. There is also the cache option when producing virtualized instances, as well as when creating new hard disks. This can affect the caching behaviour with virtualized hard disks. Formerly, the default 'writethrough' setting was enabled, now it is 'writeback'. This option is faster, particularly with RAW hard disks, by a factor of approximately 1:4. There is also a slight drawback. The writeback parameters should be used only in conjunction with USV devices. That's why we have added detection of all USV devices from the manufacturer, APC, to the ArchivistaBox. Further USV devices can be installed at any time as part of an order. We hope that you will be pleased with the new releases.