ArchivistaBox with the new WebClient

Pfaffhausen, 21 August 2012: We are pleased to introduce the ArchivistaBox 2012/IX. A WebClient extension has been on our wish list for a while. So it is all the more gratifying to present ArchivistaBox 2012/IX together with the new WebClient. It goes without saying that the new WebClient is being released under the GPLv2 licence. Nevertheless, let me remind you of the most important points. With the release of WebClient 2012/IX, the RichClient will definitely be retired on 31 December 2013 – and we would also like to congratulate our successors at the Swiss Open Source Award. 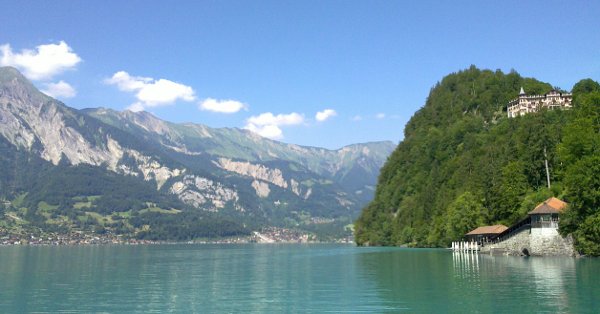 Thanks to the new WebClient for the ArchivistaBox 2012/IX, the fields from any document can be copied with the "F7" key. When editing a different document, field values can then be inserted using "F8." Searching for documents is also easier. The last search query is now always shown in the "Search" form and it can be accessed again (even in a modified form).

When do field values have to be replaced globally? For this task, the WebClient offers a new "Replace" form. This allows any of the field values within the current selection to be changed in almost any way – with data consistency being retained. To give you just one example, this means that if you change a linked field (e.g. CompanyName and CompanyNumber), both fields will be updated. At present, this feature requires superuser privileges (SYSOP). Our customers will decide whether this function should be available to all users.

Customers with a maintenance contract can request the new CDs by email/telephone and install them using online update. The functions are also available in the Community version.

All of these new features are available under the open source license GPLv2. This means that the source code is freely accessible to customers (and within the Community version). Even at the risk of repeating myself I would like to point out that a GPLv2 open source licence involves significantly more than just source code. The GPLv2 license clearly includes free code availability, but also the obligation to continue to publish the source code.

Unfortunately, both points are often and deliberately easily misunderstood. I recently realised during a meeting that an experienced IT manager did not know the difference between the licence from a certain large three-lettered German ERP provider and the GPL license. However, our source code is also sometimes copied and modified (and sold), in breach of copyright or without the necessary acquisition of a GPL licence e.g. the modified source code is not published.

In this sense, we are pleased that we can offer the Archivista WebClient at first-hand with an open source GPLv2 license. Incidentally, we have been publishing the source code of the ArchivistaBox since 2005. The original transformation of the older Windows software (the DMS solution has been in existence since 1998) was completed in 2007. Between 2005 and 2011, we outsourced the development of a part of our software (e.g. 32-bit version with T2). This is no longer the case though, as we have been working exclusively in-house for several months now. For which we use the programming languages Perl, C/C++ and PHP. In addition, there is also some bash code – although bash code is not a programming language by any stretch of the imagination ;-).

We cannot say from our own experience, whether or not outsourcing would have worked. The development of the then 32-bit version of ArchivistaBox would hardly have been possible without external help. We learned a lot from external partners. Not least because we worked with the GPI licence, and we gradually could – and also wanted to – take more responsibility for the ArchivistaBox. Today, in-house development gives us much more flexibility, and we are happy to pass this on to our customers. 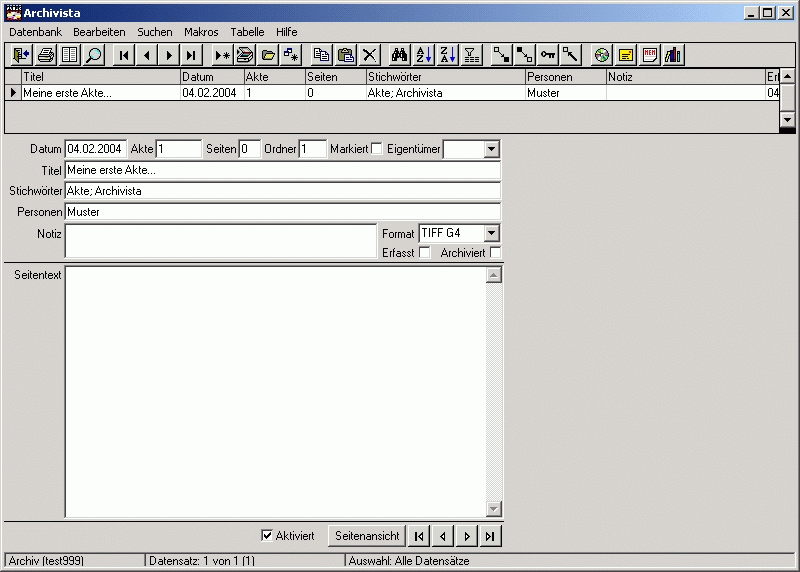 With the release of the WebClient 2012/IX, the old RichClient will no longer be developed further. All RichClient functions are now available in the WebClient (in a more efficient version). Customers who still use the RichClient can immediately migrate to ArchivistaBox 2012/IX. Support for the RichClient will be maintained until 31 December 2013. As a reminder, the RichClient has been around since 1998, and at the end of 2013, after more than 16 years, it will be ready to go into well-deserved software retirement. 16 years is a long time, and quite unique in the world of software. I would, though, be happy to refer you to our web museum. Transparency and consistency are important to us, even though the industry is quite keen to forget the past [e.g. in the case of signatures].

The RichClient is released under an open source licence. If somebody would like to convert the VB code into a newer programming language, we would be happy to send the code to you. The problem with RichClient has been that it can only run on one platform. The VB language used only runs on Windows (32 bit). It is a well-known fact that VB code cannot be migrated to another platform, not even to a newer development environment on Windows. As a result, more than 100,000 lines of code will be (forcibly) consigned to the data graveyard at the end of 2013. Nevertheless, we would like to take the opportunity to thank the manufacturer of both Windows and VB.

The winners of the 2012 Swiss Open Source Award were announced in mid-August. We would like to congratulate all the winners. The number of applications submitted (19) could / should have been higher, but ultimately, it is the quality that counts. We are therefore very pleased that this year's Special Award, which we received in 2011, went to the Swiss Federal Court's open-source software OpenJustitia.

Even
though this may be somewhat misunderstood in the industry, we do not view it as an interference with competition when a public body develops its own software and publishes it with a GPL. On the contrary, this allows all interested parties to continue developing the source code, thus generating added value. We only hope that the Federal Court will take on more than 'just' a pioneering role with its use of open source, and that the use of open source by public bodies (and elsewhere) will become the norm.