Columns and more in the WebClient

Pfaffhausen, 23rd September 2013: In the new WebClient, the fields (similar to those in the old RichClient) can now be displayed with multiple columns (up to 3 columns). At the same time, an enlarged image view has also been integrated into the main view. In this blog entry, we shall briefly consider why this took so long to achieve and why it is that the newly implemented solution operates so flexibly. 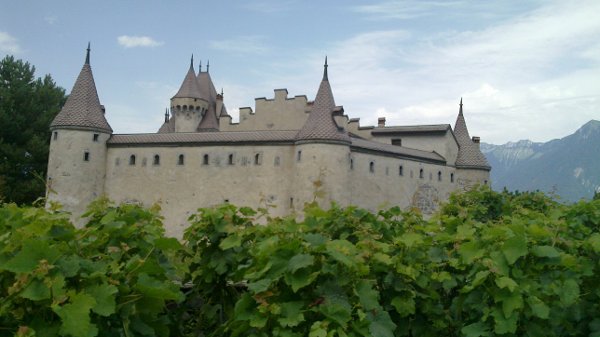 There was once a RichClient with many functions…

There was once a RichClient that, in the last millennium, had a great many functions. But sadly, at that time, he had no nice little helpers (user-specific fields). Moreover, the market place (keyword masks) was fixed and couldn’t be changed. Specialising in the very varied principalities (sectors) would have required the building of many new castles, because each principality needed its own fields. Thus the desire arose that, for each principality, or better still for each castle, additional market places should be created. 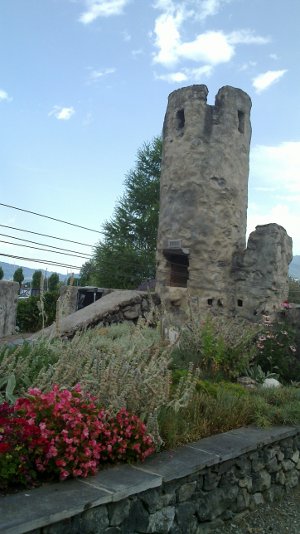 After long years of laborious tinkering, an elaborate plan (formula designer) was developed. This meant that the masks could be reset at any time. But this solution had a drawback. In order to get maximum pleasure from the additional fields, a vast amount of manual work had to be carried out in the Archivista lands. The servants and the maids – not to mention the princes and princesses – needed a lot of time and a vast army of mice to get the fields in order. By the turn of the millennium, one plague of mice after another had broken out throughout the land.

And had the ArchivistaBox not come into being in 2005, the plagues of mice would still be raging today. Now the ArchivistaBox should have delighted all the old (and many of the new) principalities and the maids and servants worked extremely hard to transfer everything they could from the old lands to the new land. But this was disapproved of by many in the principalities, who were annoyed that the old millennium and many old mask options were still plagued by mice. And so it happened that the masks were radically simplified in the new land (WebClient). Although this result delighted many of the principalities, some princes and princesses nevertheless preferred to remain in the old millennium (RichClient). And that’s how things remain to this day – a few principalities do not want to become part of the new land (WebClient).

However, the maids and the servants still refused to give up. They reflected upon how pleasant the market places (masks) in the new lands would look if no-one had to deal any longer with the old plagues of mice. There should be a market place which can be quickly put in place, which is flexible, which would need practically no mice at all and where, on the whole, almost everything runs by itself. Well, that’s how it is in fairy tales – sometimes things are just too good to be true.

In the case of ArchivistaBox 2013/X, however, the result is always predictable. In the newly realised solution, the number of columns can be globally set under “Administrate archive” or “number of columns for fields” in the WebAdmin, and the column view in WebClient is then fully implemented. Could a fairy tale come true more quickly? Following activation in WebAdmin, the fields are then allocated to the desired number of columns in the WebClient. But this is only done if there is sufficient space available in the browser window. If this is not the case, a reduced number of columns is displayed.

This gives the big advantage of not having to vertically scroll the masks and all the fields (even on small screens such as mobile phones) can therefore be correctly displayed in each and every situation, i.e. the fields are adjusted to the screen format. This offers much greater flexibility when compared with the old RichClient mask definition, in which the positions of all the fields were fixed.

This level of flexibility makes it possible to display full-height image files (pages) in the main view. However, the document view table will be reduced in size (top left area of the screen instead of full width). This allows the information on a single page to be examined in the main view, thus reducing the need to go into the page view by pressing the F9 function key.

This view can also of course be called up via the API (Application Programming Interface) with the “go” switch or directly when logging into the WebClient. The WebClient has been provided with a new button (fourth from the left) especially for this task. The new image view in the main area is available on all ArchivistaBox versions (from Dolder through to Matterhorn). Customers with maintenance contracts can order Version 2013/X at any time, either directly from us or from one of our sales partners.

The Web Client’s field column display contains all the elemental functions of the old RichClient. As already announced more than a year ago, the RichClient will be finally retired forever on 31.12.2013. After 16 years, the old (and now somewhat dated) Windows application deserves to be superannuated once and for all. Applications originally written for 16-bit (Windows 3.1) environments don’t have much use in the age of 64-bits. Moreover, it would require a massive effort to maintain the compatibility of the old 8-bit fonts for the RichClient in a 64-bit environment.

It would greatly simplify future ArchivistaBox versions, therefore, if all character strings were coded in 16-bits. And so as not to create any misunderstandings, more than 99% of our customers are already working exclusively in the WebClient. These customers will not be affected by the RichClient being switched off on 31.12.2013, because the RichClient (EOL) setting is only relevant to those few customers still working with the RichClient. And these customers would be the first to admit that, thanks to new WebClient 2013/X, migration (even for complex masks) can be carried out very efficiently and there is absolutely no need for anyone to mourn the passing of the RichClient.