Pfaffhausen, 26 March 2013: 15 years ago, on 26 March 1998, Archivista GmbH was founded. Version 4.0 was released with the aim of bringing a low-cost DMS (Document Management System) for SMEs onto the market. Today we are able to look back 15 years and forward to the next 15. We’ll start where the real beginnings of Archivista lie, in 1993. In this respect, the title of this blog might as well be “Happy Birthday Archivista: 20 years old”. We’ll finish up discussing the basket of gifts we are giving to our customers on the occasion of the anniversary of the company’s founding. 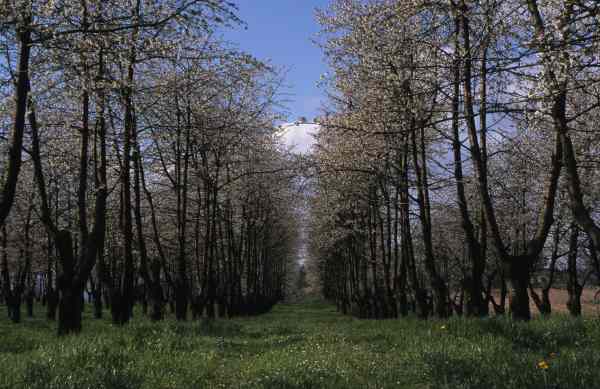 From Photoshop macro to prototypes in 1993

Archivista was created for two reasons. Firstly, because I didn’t want to throw away my own documents (about 20 folders), and secondly because in 1993 I worked in a smallish SME which had a mountain of paper files and a small budget. A DMS costing hundreds or thousands of Euros was not possible, and so, as a consequence, a hand-crafted solution was required to simplify the collection of documents. The very first solution was based on Photoshop and consisted of performing the scanning process automatically so as to store the scanned pages routinely (approx. 1 page per minute). The corresponding flatbed scanner cost about CHF 3000; an HP device was later added which could capture about 3 pages per minute.

From 1994 to 1996, the first version was programmed in Windows 3.x; the program name at the time was Visual-Servus (visual slave). It enabled the scanning and keywording of documents, and the outsourcing of the data to external media (CDR) was already possible. The disks were initially burned at the University of Zurich, where a CHF 30,000 CD burner was available. In 1994 and 1995, prices tumbled for the CD burner to the extent that in December 1995; the first CD burner was purchased for precisely 1199 CHF. Quod erat demonstrandum: Archivista has clearly been around for more than 15 years.

In early 1998, a choice between university and work had to be made, and so it was that on 26 March 1998, Archivista GmbH was founded, and 3.x Visual-Servus became Archivista 4.0. One of our first websites has been archived in our web museum. The official retail price of Archivista 4.x was slightly below CHF 500. Today, 15 years later, the ArchivistaBox is still available at these prices. I remember a conversation with one sales manager at one of the world’s largest providers of digital products who thought we were crazy to offer a product at these prices.

Even the first Archivista version used text recognition. At that time the product was marketed by Kodak Switzerland. Its DMS division in the German-speaking cantons of Switzerland was closed in 1999, almost overnight. In discussions with parties interested in introducing Archivista, but wanted to deal with a larger company, I referred several times to the fact that the size of the company had no consequence as to the availability of the products, with reference to Kodak’s defunct DMS division. It was sad enough that Kodak filed for bankruptcy in 2012: a proud company quite simply missed the chance to put its efforts into modern, profitable products. A mistake that we did not want to make with our company.

We realised in 2002 (after dot-com bubble burst), that the Internet was continuing to expand regardless. Although in the business environment there are/were, then as now, almost exclusively Windows computers in use, the dominance of Windows is now completely different to that of 10 years ago. At that time there were no smartphones or tablets, today there are more tablets and smartphones than business computers. If we had not implemented the conversion from the Windows application to ArchivistaBox back in 2005, we would have been in trouble today: Archivista would run solely in a Windows environment.

Many competitors have still not made this step, and are nevertheless growing faster than our company; the simple question is: at what price and for how long. We consider, as we did back then, that a company’s healthy financial ratios, along with long-term thinking and action, and the ability to live out core competencies are far more key than the size of the company. The ownership structure has been public knowledge since 1998; in the long-term we have proven ourselves through our products since 1998 and in terms of core competencies, we have fully stored all technical software dependencies in the past 5 years. As such, it was not absolutely necessary to introduce virtualisation as a second pillar in our product range in 2009, in the same way that we did not necessarily have to migrate to 64-bit in 2010.

Therefore, RAM only is forward-looking

It is only thanks to virtualisation and 64-bit that we have been able to further develop the ArchivistaBox, so that we can now create, test and deliver it in an automated manner. The corresponding automation boost for us and our customers is high. Pre-ArchivistaBox, we reckoned on approximately 1 to 2 days for a company set-up; the advent of the ArchivistaBox reduced this to about 4 hours, whilst with the ArchivistaBox 2013, the basic parameters of the installation are included in the base price and there is no longer a solution set-up required; and likewise for updates: there is no longer any effort involved in this respect either.

This innovation gives our customers not only lower costs as mentioned above, but also far shorter implementation times, higher speeds (solid-state disks are not nearly as fast as RAM) and extremely transparent systems. Where others have increasingly struggled to keep their servers updated, the new versions of the ArchivistaBox no require no effort in terms of migration whatsoever. And because RAM only is often not properly understood (doesn’t every program run in the memory [RAM] anyhow?), the differences are once again explained below, with the aid of two practical examples.

The value of RAM only in practice

One ArchivistaBox (Release 2012) ran virtually as part of a reputable manufacturer’s VM-solution, and was extremely slow. It quickly became apparent that too many machines were having to share too few processors. Besides ArchivistaBox, only Windows instances were in use, and they were almost all running for testing purpos
es only. Closing down these instances took about 1 hour, because the Windows guests first updated themselves (activated Windows Update), before they could be closed down. After this the speed was better, but ArchivistaBox still ran slowly (about 4 MB disk throughput per second).

Consequently, in the afternoon I tried to update said product on a computer. Although Version 5.x could be installed via Version 4.x (old licence had expired), it could not be started. On a second machine (virtualised start-up was not possible) the installation worked. Subsequently, the client had to be updated. My virtualized Windows instance registered an increase of about 2 GB during the update, and I was able to log in after a wait of about 3 hours. And all this effort just for updating a test environment. Starting up the ArchivistaBox in RAM took 60 seconds, after which I measured a throughput of about 130 MB. At the end of the day we offered the customer two physical ArchivistaBox systems because it didn’t make sense “wasting” our efforts supporting them in the previous vein.

Second example: In a support case, another customer (with ArchivistaBox Release from 2011), today reported that the network card of the virtualised ArchivistaBox was not responsive. As part of a remote session (remote maintenance), we found that the slave boot partition (read “image file of another manufacturer’s VM Server “) had bad sectors. Apart from the fact that it had to be explained to me why a widely available solution for virtualisation contained bad sectors in the disk files of the guests, we were able to “rescue” the installation by restoring the boot partition of the ArchivistaBox instance. However, the master/slave (adjustment data between the two ArchivistaBoxes) were “broken”, which we had to correct manually.

Today, in 2013, we are able to offer both customers RAM only solutions: no setup, no bad sectors in boot partitions, automatic adjustment of master/slave on each restart, virtualisation inclusive. And virtualised ArchivistaBoxes or ArchivistaBoxes as servers for virtualisation. Thanks to Restore-on-the-fly each backup disk can be are used (without laying hands on a system) to do a 1 to 2-minute test to see if everything is ok. This would not be possible without RAM only. The validation of backups will remain though, as digital data can be destroyed faster than they are created.

Keeping it simple: then and now

An electronic archive or DMS makes sense if we can achieve more with less effort. IT, server environments and virtualisation make sense if we can achieve more productivity with less effort. Using the ArchivistaBox as a DMS system is simple and easy; ArchivistaVM is just as simple and certainly easier than any other data centre solution for virtualisation, which is now badly (over)stretching the budget and resources of many SMEs.

But the fact that they are simple does not mean that our ArchivistaBoxes aren’t powerful. Hand on heart, how many servers were present in an average SME in 1998, and how many servers do they have now? In our case, we brought in three computers into the company in 1998. It was on these that we produced our software. The web services ran externally. Today we still produce all systems on three computers (with the exception of web servers, then as now; and given that there was no training and demonstration area back in 1998). These three computers run a total of about 15 instances that are used mostly for the production of ISO files. 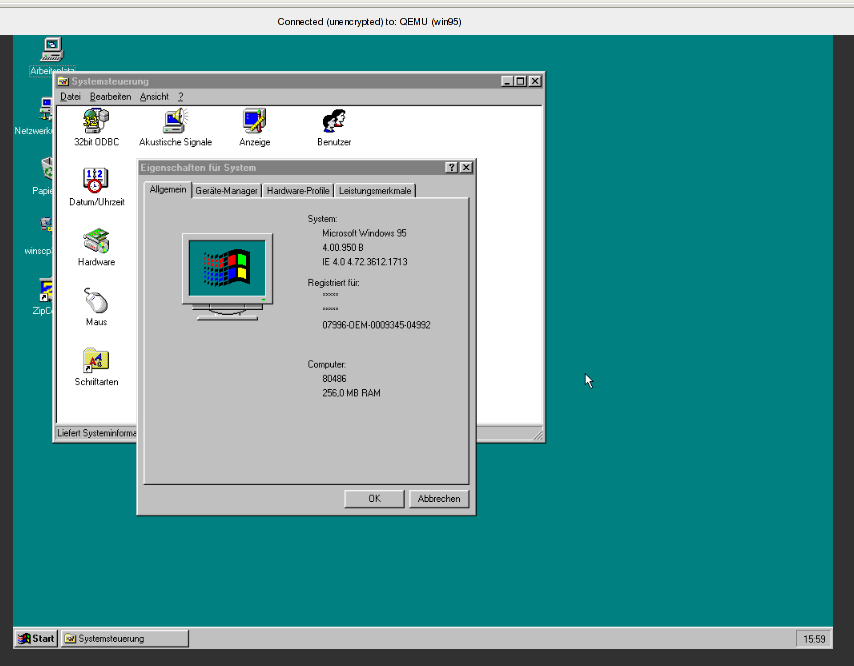 Also available on our systems are all previous production machines, which we have virtualised, including a Windows 95B system from the last millennium. In the last 15 years we have learned to manage operating systems in the same manner as documents. Who would have thought 15 years ago that an operating system will ever take up more space on a hard disk than 1 million scanned pages? And so today we will file both: documents and operating systems alike.

A basket of gifts for our customers