Uster, 3rd December 2013: As of today, the premises at Stegstrasse 14, 8132 Egg have officially been transferred to the ownership of the executives of Archivista GmbH. This is to be the registered address and new headquarters of Archivista GmbH for the foreseeable future. This blog entry demonstrates why this step is so important for the firm and why we are so pleased with the new premises in Egg. 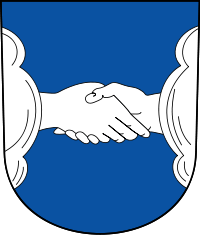 Why we are relocating from Pfaffhausen to Egg

Since 2007, Archivista GmbH has been renting offices in Pfaffhausen. We were able to install fibre optic communications (which were comparatively new at that time), we had a post office close by and public transport facilities, the premises were easily accessible by car, it was quiet and everyone in the company and also our customers liked the location.

Unfortunately, the post office in Pfaffhausen closed in January 2013 and for us this meant a massive increase in logistical efforts. The nearest post office was then 3 kilometres away. Such a distance may seem negligible but as the road to the post office is clogged by hold-ups for several hours each and every day because of the high volumes of traffic, a lot of time and money can be wasted. But it was not only the lack of a post office that prompted the move. We also felt the need for a bit more infrastructure around us. We quickly came to the decision that new premises with a better infrastructure would make sense both in the short-term and long-term.

With heart and soul to Egg

When looking for new premises, the location itself was less important than connections to the local infrastructure. In the months between June and November, we looked at many possible locations, not only in Zurich Canton, but also in St. Gallen, Thurgau and Aargau. In the end, we decided on Egg, because a) we would keep the same provider (GGA Maur) and b) Egg has good infrastructure. Egg is situated on the Forch (and also therefore on the Oberland) motorway. The Forch rail link allows Zurich to be reached in just 30 minutes and there is a post office, a bank and a range of shops in Egg, allowing everything to be done quickly and efficiently at all times.

The premises purchased today by the company’s executives are flexible in terms of the usage of space, and can be extended if required. And if the premises become too cramped in the short-term or long-term, there are plenty of other office premises available in Egg, which was not the case in Pfaffhausen or Binz. Egg is located in the countryside, but close to the city, so it is an ideal place to live and work. We have today taken an important step for the future of Archivista GmbH.

What does the move mean for our customers?

The move will take place between 15th and 31st December 2013. We are already planning the move in detail. All our maintenance contract customers will, of course, receive the usual service throughout the entire relocation period. At the moment, Swisscom is refusing to make our existing telephone number available to another provider (central DDI connections may not be transferred). So, it may be the case that we will have a new telephone number from January 2014. More information about the relocation is available on our website. We will, of course, be happy to answer any questions you might have. We are already looking forward to being able to look after your needs from our new location in Egg from January 2014.

Please note the company’s new telephone and fax numbers, which are effective immediately:

the fax machine has not yet been installed (this will be done during the next day or two) but the telephone is already working. You will still be able to reach us on the old numbers until the middle of January 2014, but after that, only the new numbers will be valid. We will ensure, as far as possible, that all documentation carries the new numbers and our new address. By the way, our new address is:

Please always use our new address from the 1st January 2014. And now a word about relocating the servers. The new fibre optic link will be available in Egg sometime during February 2014. We will then move all the servers from Pfaffhausen to Egg during off-peak hours. This will mean an interruption in service, after which all the servers will start working at the new location with the same names and IP addresses. This means customers will not need any new settings for remote access.