Pfaffhausen, 3 June 2013: we believe that we are bringing products onto the market that do not only do what other products can. Moreover, it motivates us to develop products that offer (something) extra and of which we can be proud. As a scan station, the ArchivistaBox Albis III not only offers twice or even thrice the performance of other scan stations currently on the market, but does this while still ensuring low weight and power consumption. Fifteen years of experience are packed into the ArchivistaBox Albis. Reason enough in this blog not only to introduce the Albis III, but also to review the development of the Albis series. 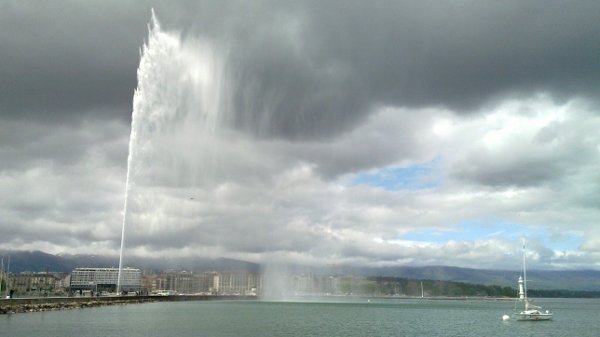 The ArchivistaBox concept began in 2004. What we wanted to do in those days was to develop a standard archive server, because we were fed up of trying to re-configure the same old systems. Not to mention the awful situation with regard to scan stations. With every new version of Windows that came along, we were forced to re-configure servers as if they were scan stations and it was precisely this that we wanted to avoid as we moved into the new millennium. It was this idea that led to the creation of the ArchivistaBox. It was, however, easier said than done. It took over a year before we got the software to do what we wanted it to do (we spent most of that time on USB and scanner drivers). And for the hardware, we made use of industrial computers. The relatively small (around 3 kg in weight) boxes proved to be extremely robust (if somewhat expensive at approx. 2000 Swiss francs (1500 euros)).

Consequently, the cost of the hardware should have been rather more moderate, but Intel processors are still expensive today and low power consuming CPUs are still going for several hundred francs or euros. And so it came about that nowadays we mainly install AMD processors, which means the boxes are larger than they would otherwise be. Size was (is) less of an issue for our own archive servers, but next to a scanner (large or small) fanless box systems always do well.

So, in 2009 we designed the Albis I scan station, which at just 148 grammes was meant to remain the lightest ArchivistaBox for years to come. The disadvantage of the Albis I, however, was that it needed its own completely embedded Linux. Moreover, the A1 was/is limited: it scanned well enough, but apart from that it was somewhat spartan. It had no screen connection and had to be configured de-centrally via text-based configuration files. Even in those days, what we really wanted to do was develop a fully-fledged ArchivistaBox on an embedded platform (ARM). However, either the price of the hardware was too high or its performance was too low, so we based the first scan station on ARM.

Unfortunately, it became clear about a year ago that the Albis I hardware would no longer be available. That meant we had to come up with a successor. This had to have more or less the same functionality as a normal ArchivistaBox. And it was precisely this that we achieved at the end of 2012 with the Albis II. This was “only” really intended for use as a scanner, but the Albis II is a fully-fledged ArchivistaBox. The Albis II may only weigh 2 kg, but performance-wise this is no “lightweight”.

Everything changed with the Albis III, which weighs just 86 grammes and yet – like the Albis II – covers the whole performance range of a fully-fledged ArchivistaBox. The Albis III combines the weight of the first Albis generation with the performance of the second and is able to outperform both of its scan box predecessors. 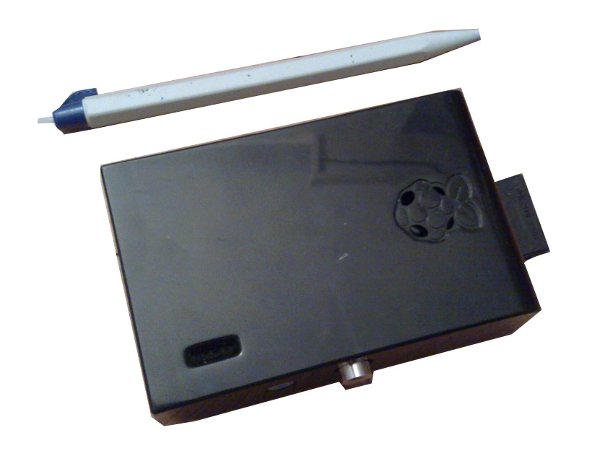 What really makes the ArchivistaBox Albis III score highly is that we reverted back to the standard ARM-based Raspberry Pi, a micro-computer with a price tag of around 40 USD. Sadly, it was always the case with micro-computers (ARM), that all the components taken together cost more in the end than a fully-fledged PC. Even purchasing several thousand ARM boards never pushed the price below that of an Intel/AMD motherboard. As already mentioned, this is not the case with the Raspberry Pi. Intel/AMD boards with processor, RAM and casing are simply not available today for 40 USD.

But the Albis III actually costs more than 40 USD

The Albis III is, of course, based on Open Source. But this doesn’t mean we are offering the scanner as a free download. There are two reasons for this:

1. A lot of work has gone into the ArchivistaBox Albis III – a very great amount of work, in fact. This work has to be financed by our customers; without them, we would not have been able to develop a single ArchivistaBox. So, we are now making the ArchivistaBox Albis III available to our customers free of charge as part of the maintenance contract. It comes together with hardware and is fully configured. This means that a new Albis III can be acquired free of charge for every already existing scan station.

2. Over the years, we’ve had to put up with our share of “free-riding”. Solutions were developed in this respect that would make your hair stand on end. And not only because many have claimed to be official commercial partners (here we have to keep turning to our lawyers), but mainly because these solutions were so badly implemented that we often had to spend days working on offers to create vaguely useful solutions from the poorly implemented efforts.

And so the Albis III will not be available as a free download (for the moment at least), nor will we be able to offer it for 40 USD (the basic cost of the circuit board hardware). And the reason is that we are not supplying a “naked” board, but a ready-installable ArchivistaBox consisting of circuit board, casing, power supply, USB micro-cable, extremely fast 8GB SD cards, USB keypad and ready-configured ArchivistaBox software. In any case, the Albis III costs no more than its Albis predecessors. It scans three times faster than the Albis I and is able to process twice as many pages as the Albis II. The Albis III can therefore be used with scanners and is capable of handling more than 10,000 pages per day. When scanning, forget the Power Edge workstations with their noisy fans; as already mentioned, the Albis III weighs 86 grammes and uses less than 4 Watts of power under load.

At the moment, the ArchivistaBox Albis III can only be used for scanning. But its range of performance also allows it to be used as an ordinary ArchivistaBox as well. As we speak, the 86-gramme “dwarf” ArchivistaBox has enough storage space for well over 2 million pages – eq
uivalent to around 4000 standard binders. I confess that 15 years ago I would not have dared to even dream we would be able to offer such a product. So, on that note: Happy Birthday Archivista!