AVMultimedia for tablets and notebooks

Egg, 23 March 2017: The company Archivista GmbH was founded 20 years ago. To mark its anniversary, Archivista GmbH would like to thank all its customers and partners for two decades of cooperation. Instead of a lavish birthday party we have developed AVMultimedia for the round birthday. This blog looks back on the history of our company and presents AVMultimedia 2018/III in the context of the ArchivistaBox. 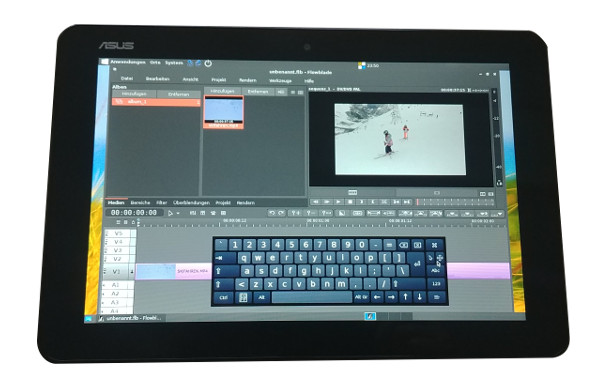 When the company Archivista GmbH was founded in 1998…

Back then, in 1998, the Internet was only just beginning to exist. Our first provider was CompuServe, working with ISDN and a line with 64 KBit. The best-known search engine at that time was AltaVista, the current market leader did not even exist at that time, Google was only founded in September 1998.

Windows9x ran on our computers, both normal computers and notebooks were hardly available for less than 3000 francs. The first Archivista version (see Web-Museum, only in German) ran on computers with 8 MByte RAM. And if we present AVMultimedia on a computer for a good 300 francs today, it can be elicited from the company archive that the software for video processing DV Master Pro 7425 Mark (these were still available at that time) alone cost.

Today, 20 years later, videos in FullHD or even 4K can be recorded with any mobile phone, but (mostly) proprietary products are still used for post-production. The same situation applies to MediaCenter solutions. These are often supplied as add-ons with the televisions or TV boxes of Internet providers, but such solutions are not free — and above all portable.

Conventional Linux distributions offer a good range of functions, but unfortunately there are all too often problems in the multimedia area. Be it because the software is not mature, be it because the hardware doesn’t fit or be it because — until all the pieces of the puzzle have been put together — just too much time passes by. 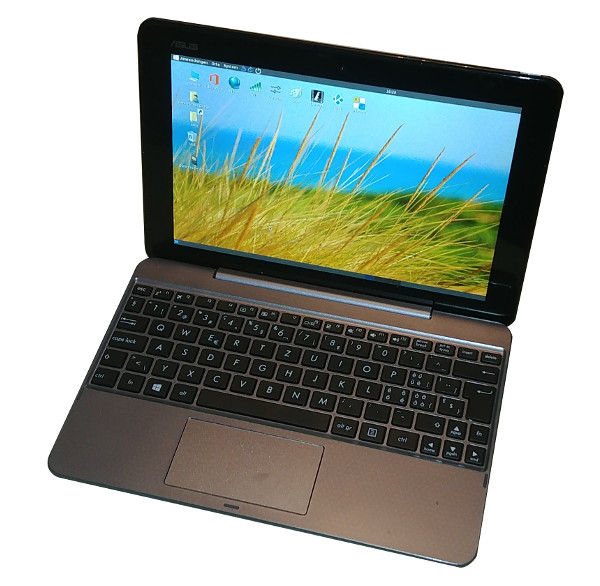 AVMultimedia was introduced a good month ago. The first experiences with the entry-level Acer notebook were very good, but unfortunately there were still some things missing, such as installation on the hard drive or convenient integration via WiFi. When browsing through the portals for modern notebooks, it was/had to be determined that many current devices today have at least one touch screen screen. Furthermore, the screen of many devices can be released and the devices can also be used as tablets.

According to current figures (see heise.de, in German) pure tablets have long since passed the zenith, today more than ever 2in1 devices are in demand, which can be used as computer and tablet. Somehow surprising that there is still no reasonable solution(s) from Apple, for example. According to ComputerBild (article in German), Apple does not even want to offer touch-enabled notebooks. And those who now object that the tablets from the same company could be used as fully-fledged tools are mistaken, the wiping gestures are simply not suitable for writing texts. 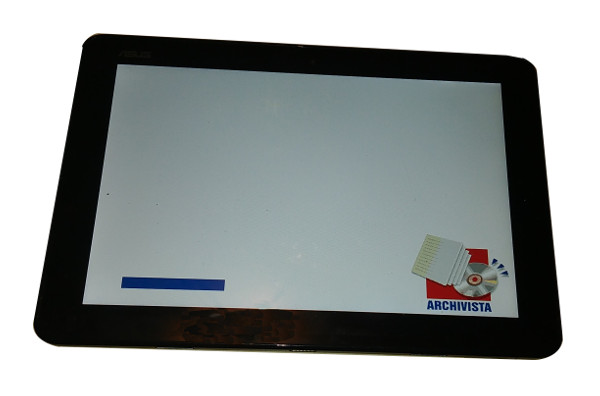 Interestingly, Microsoft has recognized this with the surface tablets far more adaptively. Windows 10 offers a lot of comfort here, but at a high price. Besides the very ambitious price, Windows solutions today offer rather modest software equipment in the basic configuration, until a device with the equipment of AVMultimedia is available, takes a lot of time. The most annoying thing, however, is that Windows is always installing software. Nobody knows what happens and with almost weekly waiting times between 10 and 40 minutes for updates an enormous amount of time is wasted.

AVMultimedia 2018/III does all this much more elegantly. Once, because no updates are necessary at all. Simply insert the USB stick and off you go. How elegant it works is described in the current issue of the Linux-User-Magazine (article online, but in German). But more importantly, AVMultimedia runs directly in main memory, so AVMulimedia works much faster than other solutions. Quotation of current article Linux-User-Magazin: “Even the calling of thick ships like LibreOffice takes only a blink of an eye”.

This technology has been used on all ArchivistaBoxes for more than seven years, even though our customers are generally not aware of this core feature. And because such features would not be possible without Linux and because the ArchivistaBox has benefited massively from them over the last 12 years, this core technology will be made available to everyone in the widely available Linux distribution AVMultimedia for the 20th anniversary. 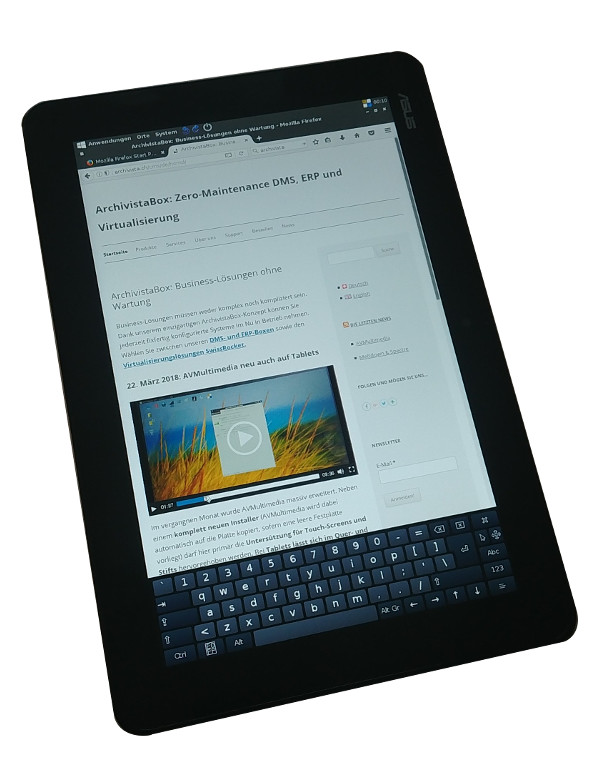 It was not foreseeable in January 2018, when the project was started, that such an up-to-date distribution, which also runs on tablets without any problems, would run. That this would result in a completely new graphical installer, not even and even SecureBoot was originally only planned for the year 2020. AVMultimedia now runs on all M2 and eMMC disks, just as touch screens and pen inputs are now possible. Seen in this way, our customers benefit from AVMultimedia, either because they use AVMultimedia themselves or because these technologies will be used in all our products. In this sense, Happy Birthday Archivista with AVMultimedia.

P:S: The article by AVMultimedia quoted above refers to the February issue of AVMultimedia. If you want to get to know the current version, you can get AVMultimedia directly here: https://sourceforge.net/projects/archivista

P.S II: If you want to get AVMultimedia installed on modern hardware, you can buy the AVMultimedia tablet for 333 Swiss francs in the azurgo.ch shop.