Egg, 3 September 2019: The summer was hot and long. And so that in future our ArchivistaBoxes will run less hot with more power, there is a new updated substructure. The following blog provides a brief insight into the current state of development. 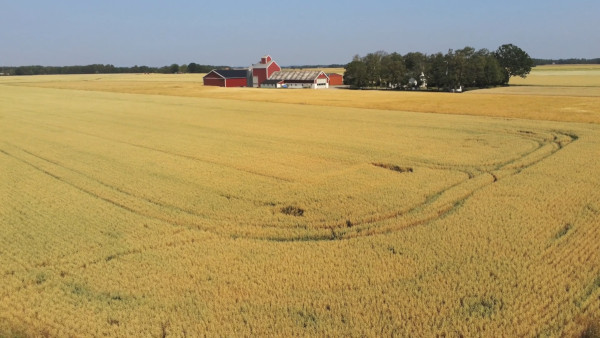 For almost two decades, there has been far more of a monopoly than a market between Intel and AMD for classic computers. With the new Ryzen processors of the 2nd Zen family, AMD has achieved a real coup. While the fastest processors from Intel cost several thousand francs so far, the new Ryzen 9 processors offer more power and significantly lower power consumption for less than 1000 francs.

Up to 16 CPUs (32 threads) with “standardized” 105 watts offer performance never before achieved. AMD is technologically superior to Intel. This applies to price, power consumption and performance. The reason for this is that AMD produces its CPUs with a density of 7 nanometers (nm), whereas Intel only gets its CPUs at 10 nanometers. A lower density of the CPUs is important because it allows the CPUs to work fast with less power consumption.

Of course, there is a small catch. The new CPUs from AMD are extremely popular and therefore unfortunately still difficult to obtain. But, and this is also pleasing, for much less money AMD offers CPUs with integrated graphics cards with a respectable performance. Gamers won’t be happy with it, but it’s enough for video editing. With that the arc back to AVMultimedia and the ArchivistaBox is stretched.

The editing, processing and archiving of film and sound will be on board in the next release of the ArchivistaBox. This will result in large amounts of data. Here is a comparison. Storing 1 million A4 pages in black and white requires approximately 50 GB of data. Even 60 minutes of 4K film material (3840×2160 pixels) requires a full 20 GByte. In other words, after 2.5 hours of 4K film material, 1 million A4 pages are already “done”.

The current ArchivistaBox systems can be set up and expanded in the range of several hundred TByte (1 TByte = 1024 GByte). This is why the ArchivistaBox systems are not so badly positioned for these areas of application. However, processing moving images in high resolution is much more demanding.

“Fast” CPUs and a good graphics engine are absolutely necessary. Open source and fast graphics cards have not been a dream team so far, the market was dominated too strongly by the high-end bolides of a manufacturer who in turn only provided drivers for Windows. In fact, there were no open source drivers for Linux.

With new graphics card drivers integrated in the kernel (AMD plays a central role here as well), there are slowly but surely drivers that make processing multimedia content a lot of fun; provided that it is overlooked that the firmware is still not open. 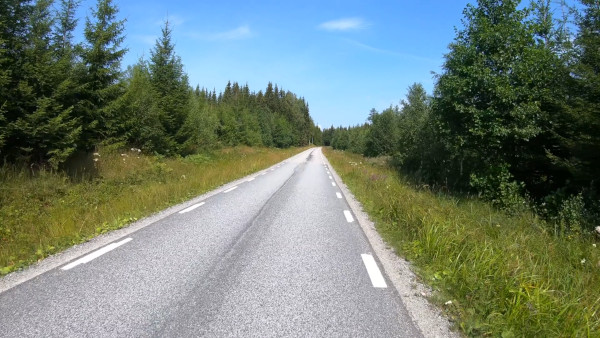 Even the previous version of AVMultimedia could not keep up. Both kernel and Linux substructure were too “old”. Updating the kernel to 5.2.x was not too difficult, but AVMultimedia did not boot stable afterwards. A tedious and time-consuming debugging started to find out why the system said goodbye on boot. After several hundred boot procedures with corresponding evaluation of the log data, the problem was found.

Now all system files are only available in the directory ‘/usr’. This means that it is no longer possible to selectively include a system in the main memory (RAM); rather, the entire file system would have to be included at a very early stage. Exactly this should be avoided with AVMultimedia or the ArchivistaBox, because the boot process always has to handle the entire setup of the system at the same time.

For this reason, the entire boot process had to be recreated. All dependencies to certain Linux distributions or libraries were eliminated. Now all libraries required for booting an ArchivistaBox or AVMultimedia are located directly in the boot file itself.

While almost 300 files were necessary to start the boot process so far, there are currently still 64 files. This, by the way, with an increased functionality of the installer. In addition the following: The ArchivistaBox has been installed in RAM for almost 10 years. During this time Linux developed splendidly. Today, however, modern Linux systems install well over 100,000 files. With a system that runs in main memory, this means that even a proud 4 GB of RAM will eventually be full.

In the current release, more than 6 GBytes of system files are required. In order not to require more than 4 GB RAM, the larger part of the system is “compressed” in the main memory (keyword overlay). If a compressed file is needed, it is automatically unpacked in the background. Neither the running program requesting this file nor the user will notice this — all the work is done by the Linux kernel. 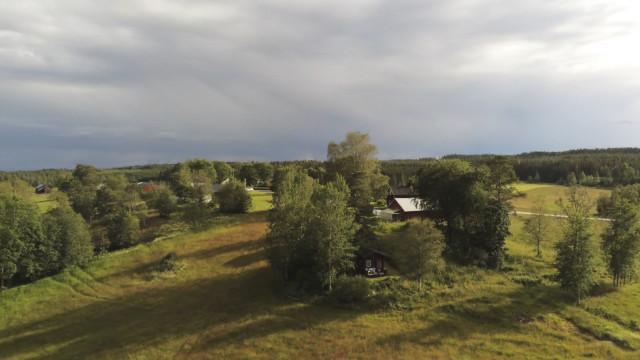 After all system files were available for 4K, the system had to be optimized. If you want to manage or play back 4K image material with AVMultimedia, you have to consider the following things. First of all, the current standard player VLC is quickly overwhelmed with 4K, but not Kodi. With Kodi, 4K movies can be played well with a reasonably fast CPU.

If you have high demands on the quality of the playback, the new console tool ‘mpv’ will do better. Example of a call in a terminal is: “mpv –hwdec=vaapi –vo=vaapi –fs file.mpv”.

Furthermore, when editing video material with 4K, it could be observed that many video editing programs are currently “overwhelmed” with 4K material. Unfortunately, only Kdenlive did really well. However, Kdenlive requires quite high resources. The runtime environment requires almost 900 MByte. Without compression in the main memory the use of Kdenlive together with AVMultimedia would be unthinkable. In this sense: Happy editing!

New features for the desktop

Even though the forum is currently hardly used, many smaller feedbacks have been recorded and implemented. With the old version of AVMultimedia there were problems with the trackpad (mouse) on some notebooks without the flag ‘acpi_osi=’. In the meantime it turned out that (especially the new Ryzen processors) the system doesn’t even boot with this option. For this reason, entries with and without the corresponding flags were added to the boot menu.

With older notebooks, the correct system time is a problem if the CMOS battery no longer works and the time is no longer correct. New in the main menu under ‘System’ and ‘AVMultimedia’ is the tool ‘Date and time’ available to make the appropriate changes correctly and easily. It is important to restart the web browser after a change, as this is the only way to run encrypted pages that check the correct time.

In the past there were problems with the download at sourceforge.net. For this reason AVMultimedia can now optionally be obtained from osdn.net.

Minor changes have been made to the desktop. The mouse pointer was enlarged moderately and the current position of the mouse can be queried visually with the Ctrl keys. This is especially useful when several screens are in use. Simply press Ctrl, and the mouse will show up discreetly but clearly with a “blue” echo.

One last change should be mentioned here. If a program was minimized so far, it could only be reactivated via Alt+Tab. Now all programs are listed in the status bar. Minimized programs can be reactivated easily. 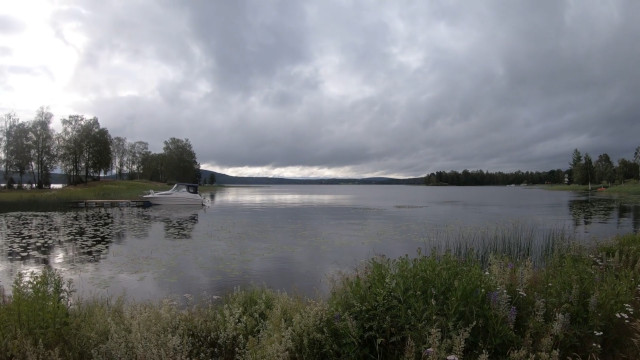 In 2016, the statement about Debian Jessie until 2020 was made for the new ArchivistaBox. Nothing will change about that. ArchivistaBox customers appreciate the fact that we install updates moderately. There is no direct obligation for an update. If you are satisfied with an old version, you can work with it for as long as you like.

Nevertheless, new releases are necessary. Without current Linux kernels and the corresponding libraries, film and sound are not feasible. It is not yet clear if the ArchivistaBox will be delivered with the new substructure. However, there is confidence that this will be the case by 2020 at the latest (and thus according to plan).

The support horizon for the current system is set for the years 2020 to 2024. It is clear that from 2021 the downward compatibility to the old text recognition will no longer be available. Tesseract version 4.x is superior to the old technology and the introduction of a 32-bit substructure makes no sense after almost 20 years with 64 bits.

The fact that Devuan would ultimately win the race has to do with the fact that it simply best fits the ArchivistaBox or AVMultimedia at the moment. At this point it should also be said that the choice of Devuan Beowulf is not a decision against Debian or Alpine Linux, which were also tested.

All three distributions are great systems. Debian especially likes Siduction, the maintainers there provide a high level of support. If the last release is used, 4K runs in all facets. Alpine Linux, on the other hand, scores with an extremely slim and stringent substructure. Only the number of packages has to be reduced. MiyoLinux impressed Devun because it is slim and can be booted directly into RAM.

Finally, I’d like to say that the upcoming blogs will again contain more features for the actual ArchivistaBox. Of course, news about booting and Linux substructures are quite to completely uninteresting for many customers. An article on the current Windows 10 update to version 1903 at heise.de shows how important a stable substructure is.

P.S: We would have liked to announce Archivista champions at this point. Unfortunately, nobody created an AVMultimedia video until the end of August 2019. The First for submission will be extended by three months until 30.11.2019. If no entries are received by then, the prizes will expire without any (further) correspondence.