Egg, March 6, 2019: In addition to many advances in ArchivistaERP, Release 2019/II brings one thing above all: compatibility with the updated web browsers. This involves rather unexciting details such as function keys, but also the question of how compatible current browsers are and how the future of web-based solutions can or will look. 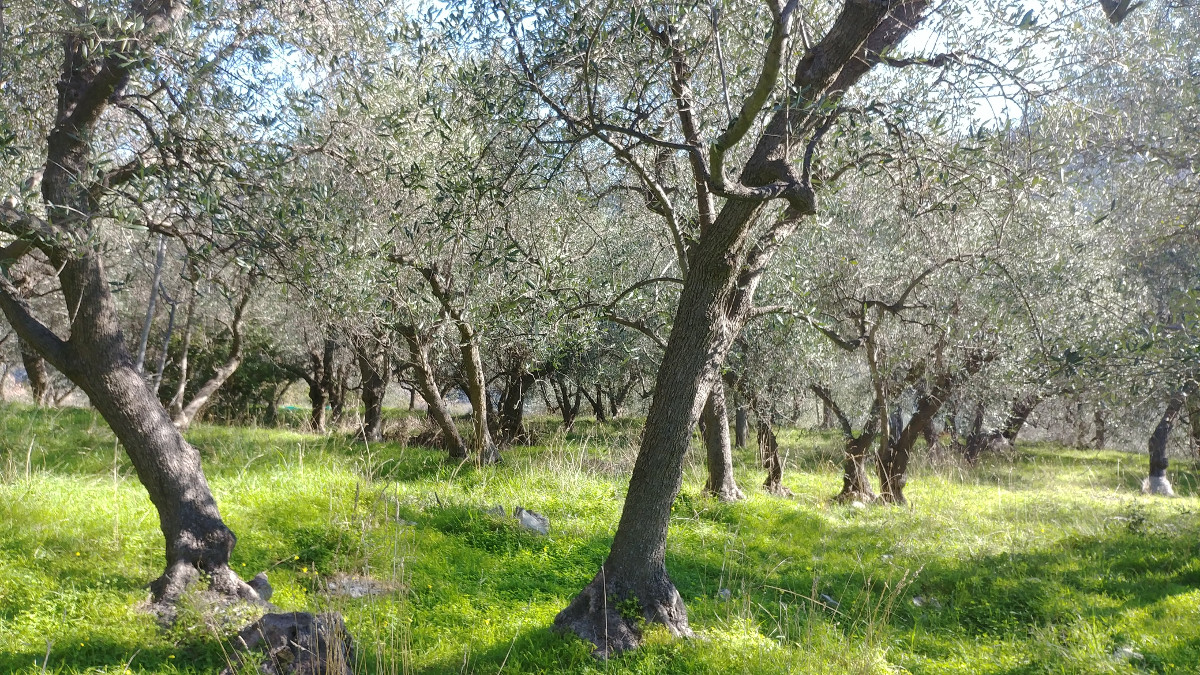 Sometime in January, a customer reports that with the current update (Firefox 65) the function keys would no longer work, all other browsers would work fine (even Firefox 64 would run). Probably a bug of Firefox? The customer reports that he has switched off the automated updates, but not so tragically.

A few days later, the customer reports that the automated updates unfortunately could not be switched off, a change to another browser is being checked. More customers are reporting that all the function keys are no longer available with Firefox Version 65 or higher.

A first update to Firefox 65 under Windows10 shows in-house that the function keys work without problems. After a new update (Firerfox 65 is still displayed) it can be reproduced without a doubt, the function keys do not run anymore. The search for the cause begins. After a few hours of research, the following page is found:

On this page you can read that a so-called IME bug has been fixed since Firefox 65, see the following link:

On the above page it says again (rather covertly) that there is a new behavior and that, if this is not desired, the code below could/should be used:

And see there, with the above (modified code) the function keys all run again with Firefox 65. In short, Firefox 65 has sawn itself off. Solutions not changed for Firefox 65 simply won’t work anymore because Mozilla “broke” the compatibility. What sense such changes make in terms of downward compatibility remains to be seen. The fact is that the ArchivistaBox will receive an update in return.

Compatibility of the patch with other browsers

All available browsers are tested with the adjustments necessary for Firefox 65. Everything works fine until the moment when Internet Explorer 11 is not running in a terminal server environment. It turns out that the above patch does not work only because the change proposal itself contains code that is not downward compatible with older solutions (keyword anonymous functions).

Of course, the code could be rewritten to be downward compatible. The question is simply: Are we experiencing a browser “war” with reversed signs? This is explicitly not claimed here, it is enough that Firefox 65 throws its own downward compatibility overboard.

For reasons of principle (a web-based solution should run platform-independently), there is no explicit recommendation for choosing a browser with the ArchivistaBox. Nevertheless, at this point we would like to briefly address the question of which options are currently considered when choosing a browser.

Both Safari, Firefox, Opera and Chrome are based on the same foundation (WebKit with separation of Chrome). The Windows Internet Explorer was retired a few years ago for the development of the successor Edge, so that Edge remains the only technical “alternative”, because Edge will also be based on the same technology as the other browsers from this year, see in this regard:

Microsoft promises: “Making the web better through more open source collaboration”. Of course, there is nothing to prevent Microsoft from using open source technology. In this case, however, the change means that instead of an open specification (HTML/CSS/JavaScript) exactly one technology remains.

Anyone who examines the current figures on browser diversity will notice (see https://de.wikipedia.org/wiki/WebKit or http://gs.statcounter.com) that there is one thing above all else: monoculture. In the above figures only the desktop computers are included, on the smartphones it might look much more blatant in favour of the top dog.

Ten years ago it would have been here how viciously the monopoly strikes (at that time it was about Microsoft). In principle, this should still be the case here today, but much more pointedly. But the decade has also shown that markets can change quickly.

Of course it is questionable if there is actually a monopoly on searching the web, and even the massive spread of Android among smartphones is not without its problems. However, the difference to back then is that both the current browser engine and Android as operating system (see the articles on LineageOS) are disclosed in source code.

Browser alternatives to the monopoly

Browser independence is crucial for the ArchivistaBox. This is the only way to ensure that the ArchivistaBox runs smoothly on all operating systems. For this reason, the market has been observed time and again for years.

As mentioned above, there are no longer many alternatives. And yet PaleMoon is briefly introduced at this point, because this browser can handle relatively modest resources. This is especially important where older computers are available. 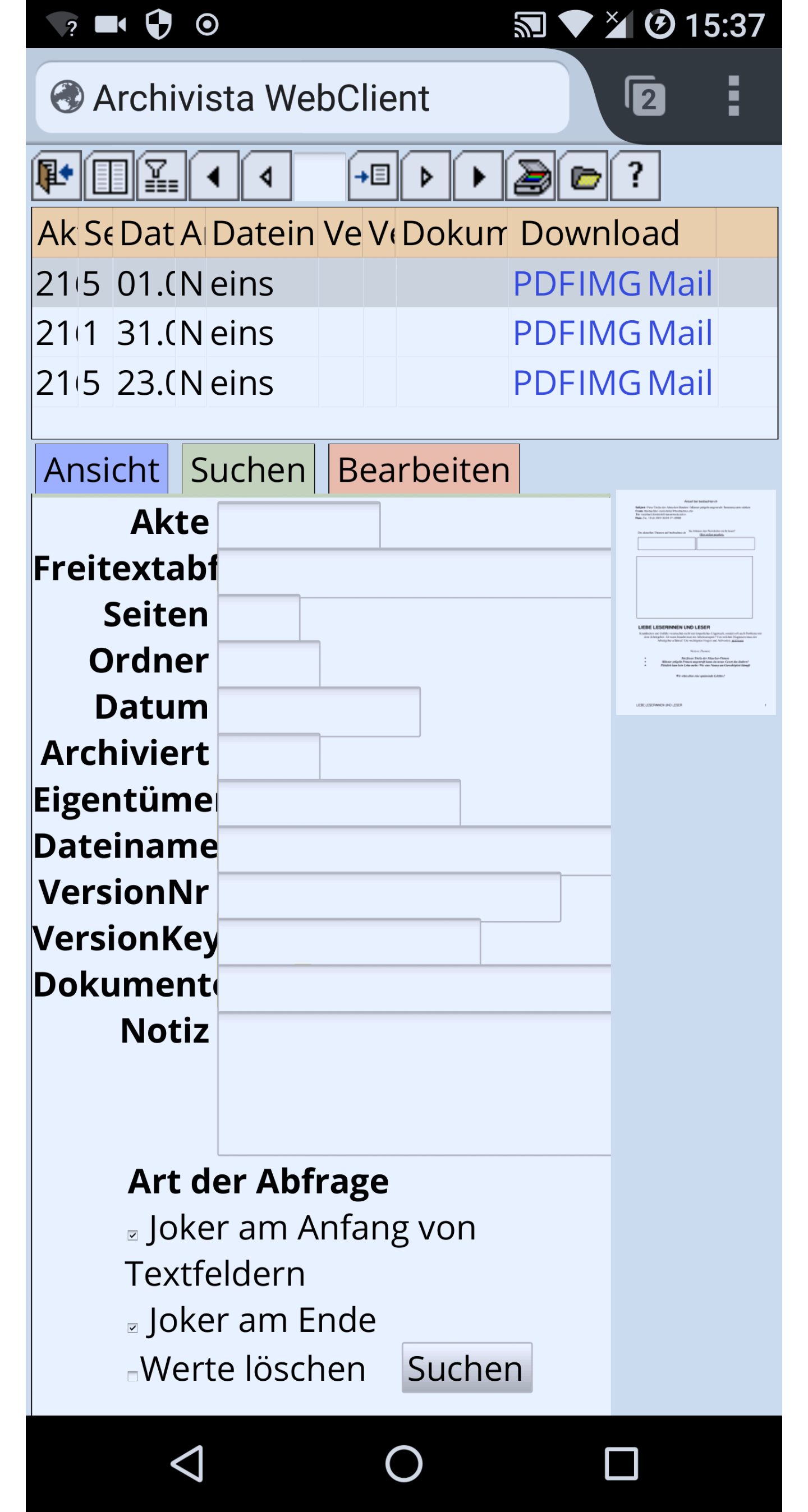 PaleMoon is a fork of Firefox and runs under Windows and Linux; even a version for Android (tested with LineageOS) is available. So if you prefer to surf through the “giants” without tracking, you are welcome to have a look at PaleMoon. In addition there is a version of PaleMoon with MyPal, which still runs without problems under WindowsXP. So under WindowsXP a Windows10 instance could be operated without any problems via ArchivistaVM. 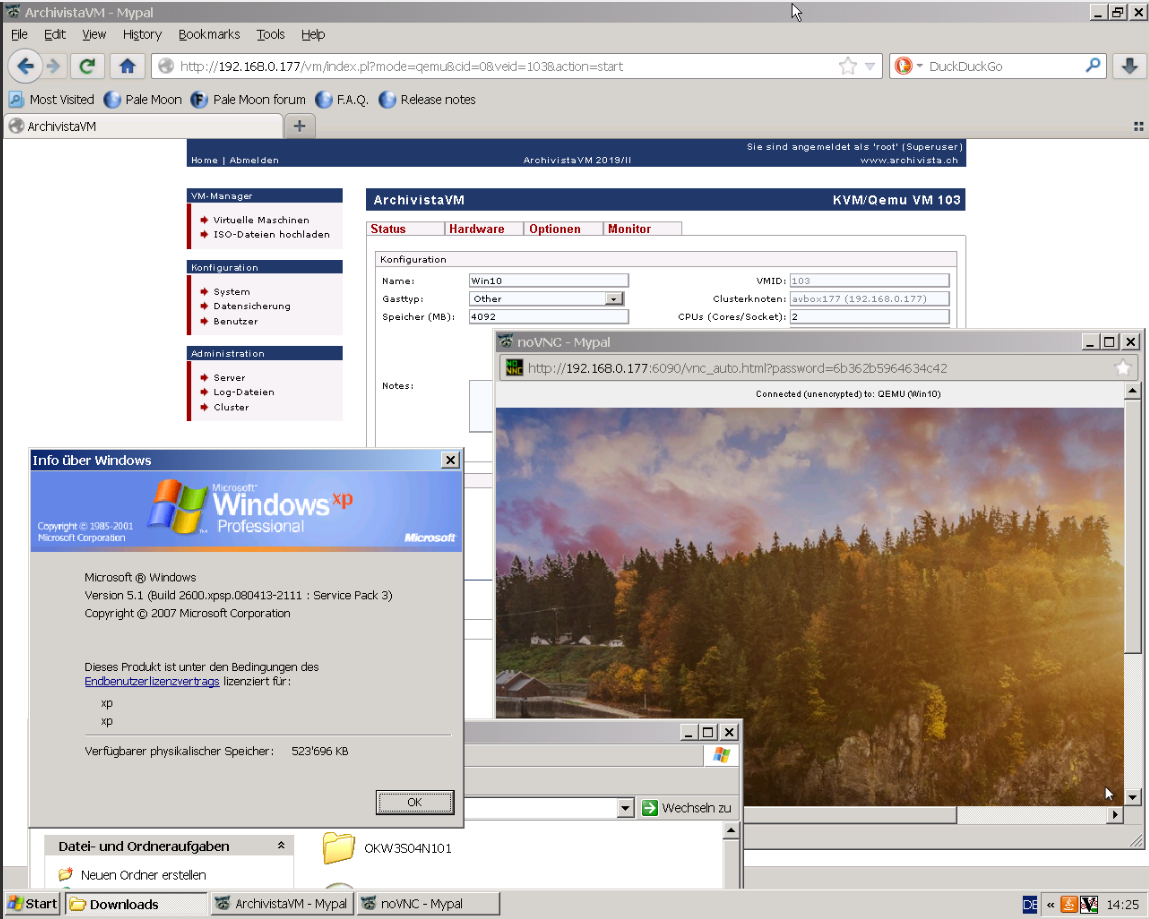 Enough of the “gimmicks”, what else does the ArchivistaBox 2019/II have to offer? In addition to browser compatibility, there are many new features for ArchivistaERP. Remember: ArchivistaERP is a lightweight ERP solution that is available on every ArchivistaBox. It can be operated (together with ArchivistaDMS) in the ArchivistaCloud completely free of charge. ArchivistaERP is perfectly adapted to Swiss conditions, but can also be used in other countries without any problems.

Version 2019/II supports all menus with function keys. Whereas previously the key combinations could primarily be used to book jobs, function keys are now available via all menus.

Payments can now also be booked automatically with the new ISO20022 standard, and there are also batches for booking via reference numbers, which makes it much easier to record incoming payments. In addition, the reports (e.g. balance sheet / income statement) have been “polished up”, further innovations will follow in 2019.