Egg, 17.9.2019: The past weeks were once very strict. There were a lot of bugs to fix and also the “packaging” was worked hard. The result is impressive. We would like to take this opportunity to invite you to our presentation at linuxday.at, which will take place on October 19, 2019. 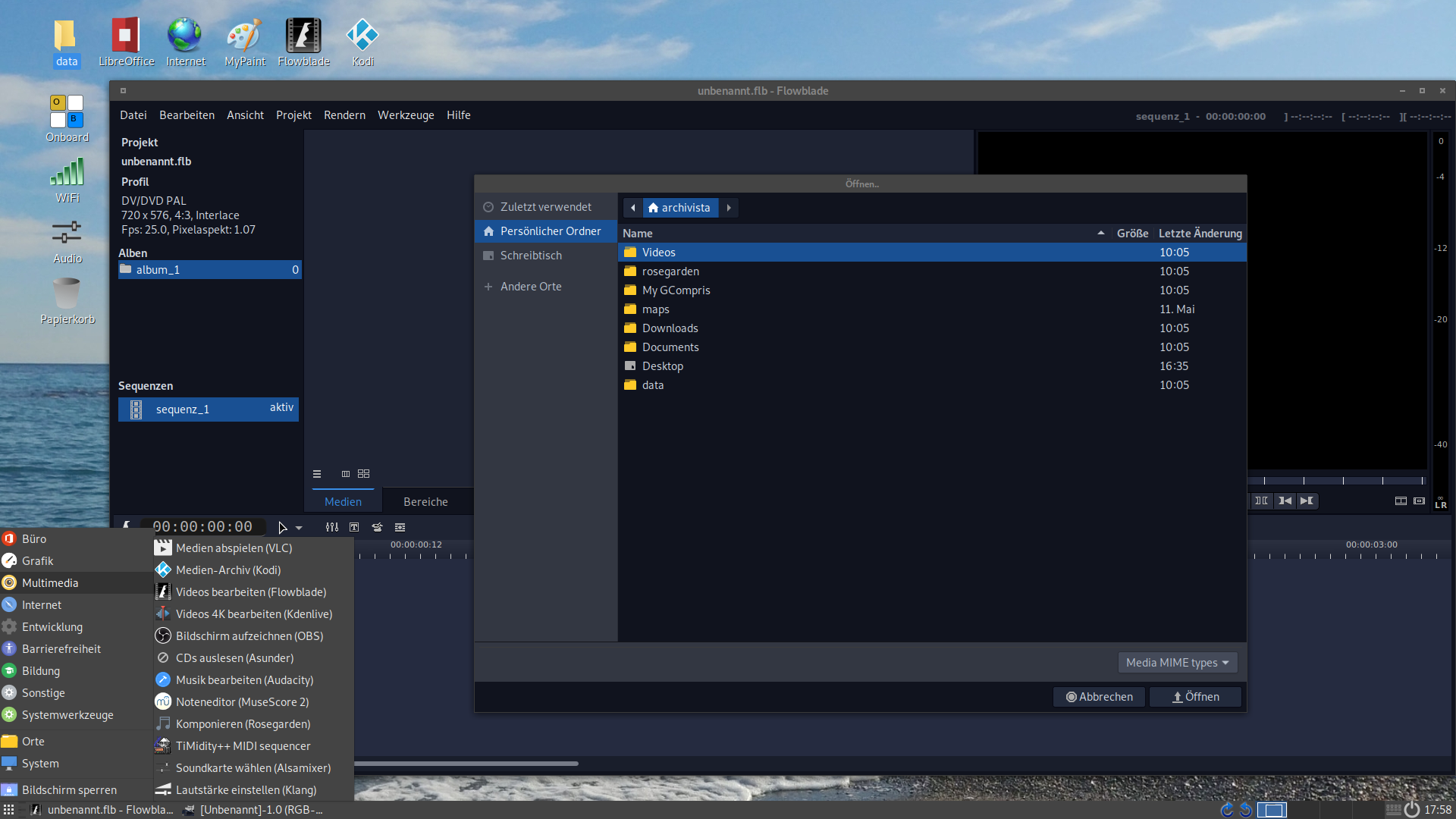 Developing software is a time-consuming and nerve-wracking process. All the more reason to be happy that the ArchivistaBox has overcome many more hurdles in recent weeks.

This is a new packaging. A new design, new icons and many optimizations on the GUI offer much more convenience than before. The settings can now be saved directly during shutdown and there is a new tool for configuring the keyboard very easily.

Many feedbacks from the community expressed the wish that AVMultimedia should be tested as easily as possible virtualized. Of course AVMultimedia could already be started virtualized, but “only” without UEFI booting. What is it all about? All modern computers can no longer start with the old (so-called BIOS). In virtualization this is of course no problem.

And yet the new boot mechanism UEFI is also becoming increasingly important in virtualization. This for the simple reason that testing without UEFI says nothing about the executability of UEFI. If you want to test if e.g. AVMultimedia runs with UEFI, you will (if you test AVMultimedia virtualized before) use UEFI, because otherwise it is not clear if a later installation will work.

In short, all virtualization products now offer booting with UEFI. This means that for the virtualization platform, appropriate drivers for the graphics card must also be available. And this is precisely the reason why the virtualized use of AV multimedia has so far failed.

With the current release, the corresponding drivers for KVM/Qemu and VritualBox have been integrated and tested. VMWare and HyperV could not be tested due to the lack of a test environment, but the attractive drivers are activated.

The question remains whether working in virtualization with AVMultimedia is worthwhile? To test the system quickly, sure. It takes two minutes longer until the stick is created. Virtualized, AVMultimedia can be started directly from the ISO file. And yet, working daily on real hardware should be more enjoyable.
AVMultimedia and AVMultimini New and old

About five months ago there was already a version for 2 GB RAM. Since many new programs were added in the meantime (Sozi, Scratch and Gimp), AVMultimedia didn’t fit into 2 GB main memory anymore. To make this possible again, the biggest “chunks” of the smaller release (AVMultimini) were removed. These are the programs Scratch, Gimp, GCompris, Sozi and Kdenlive. Thus AVMultimini fits again into 2 GB RAM.

At this point it should be added that the simple image processing program MyPaint (in AVMultimedia like AVMultimini) is now included. Thus AVMultimini is also able to cover all multimedia aspects.

Finally, if the wrong file (AVMultimedia) is started with 2 GB RAM, AVMultimedia still runs with 2 GB RAM. The available memory is checked at startup. If there is not at least 3 GB RAM available, only those programs are loaded which are also available in AVMultimini. 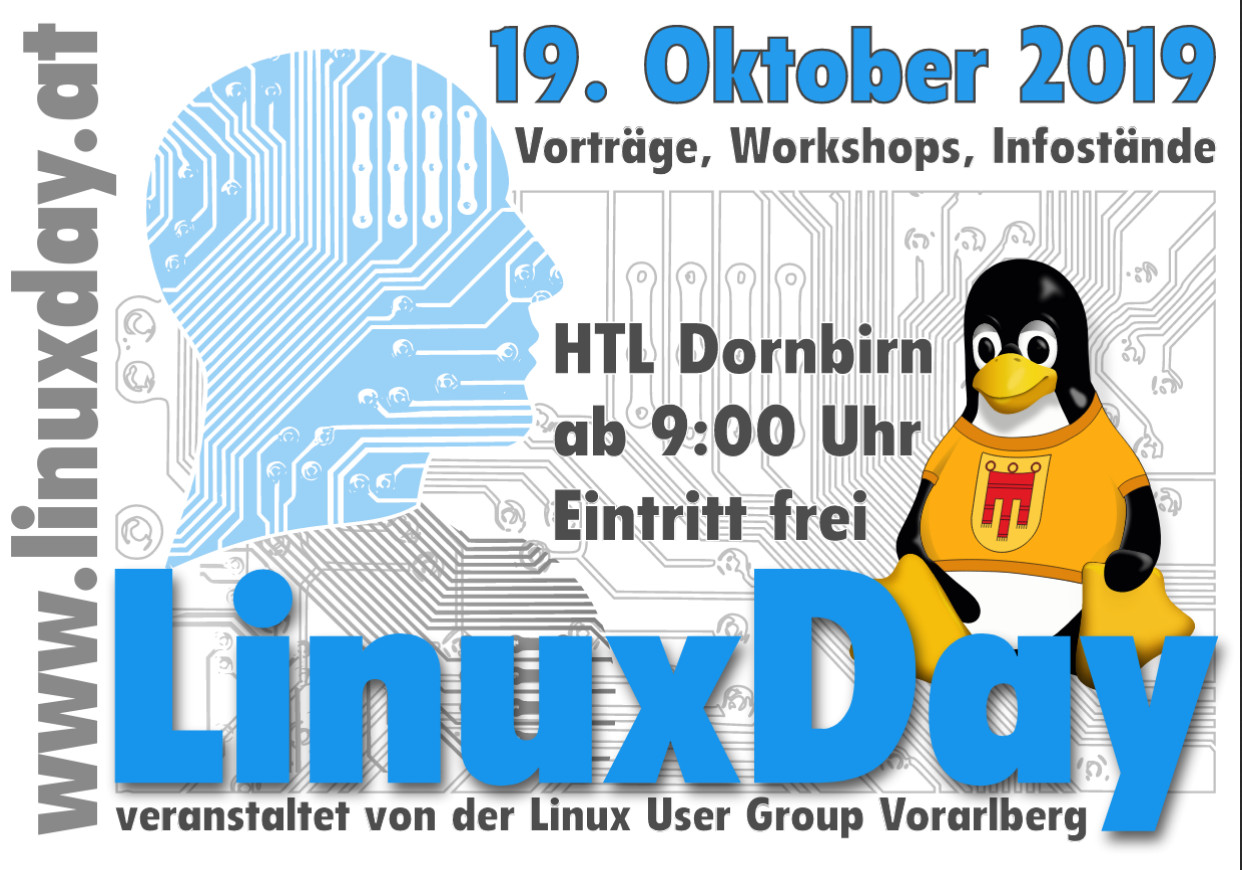 After the previous day in spring in Augsburg, there will be another lecture on AVMultimedia on 19 October, this time in Dornbirn. Interestingly, AVMultimedia is attracting much more attention abroad. Unfortunately, all attempts to find a place for a lecture in Switzerland have failed.

In general, it seems that a multimedia desktop with Linux in Switzerland is considered rather uninteresting, if not superfluous. Perhaps there will come a time when the benefits of AV multimedia will also be recognized in Switzerland, even though parents and schools alike will have “pulverized” a lot of money.

But there wouldn’t even be financial reasons for using AVMultimedia, rather AVMultimedia doesn’t collect any data, doesn’t register anybody and requires little maintenance (since it is virtually indestructible). Sustainability, my ass! So, this had to be said now, after several dozens of attempts in Switzerland once.

If you travel to Dornbirn on 19 October (just behind the Swiss border), you can bring a laptop with you and AVMultimedia will be set up if possible. If you like, you can bring a USB stick with you, for all others there will be a certain number of sticks at the stand. First in, first served.

Questions and answers about AVMultimedia (FAQs)

As reported above, there are many good reasons to test and work with AVMultimedia. Since a few days there are detailed FAQs, which make the introduction to AVMultimedia even easier. If there is a question to which there is no answer yet, you are welcome to post it in the forum.