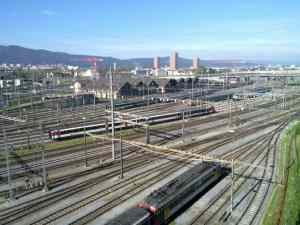 Pfaffhausen, 3 January 2011: the past year was good, but very busy. That’s why, for the first time, we have been unable to complete the end-of-year review until the following year (2011). But this actually enables us to give you a more complete picture of 2010.

January/February: 2010 was primarily characterized by a number of changes. Firstly, we replaced the old housings for the ArchivistaBox systems at the end of January. After almost a year now using the new universal housings, we are happy to report that the replacement was very much worthwhile for our customers.

March/April: we implemented many details during development. Easy uploading of files, as well as versioning, are just a few of the many small and larger functions we’ve added. Our trip into the world of cellular phones has shown that the source code for our solutions can be transferred to a wide range of other platforms. This is a core issue for us and we also should benefit from this when porting to 64 bit.

May/June: developments in terms of the euro made life a bit harder. At approx. 1.25 to the Swiss Franc, the exchange rate made our products more expensive in 2010 for our customers in the European Union. However, since we lowered our prices significantly in 2010 by introducing the new universal housings, we were able to keep this price increase to moderate single-digit percentage figure.

Abandoning the German VAT number: at the end of 2010, we abandoned the German VAT number. Nothing changes for commercial customers. The VAT on our products can continue to be deducted thanks to our logistics partner SwissPost GLS. This step is enabling us to lower the cost of logistics when ordering from our online store, and we are happy to pass this saving on to you in the form of lower flat-rate shipping fees.

July/August: interestingly, since summer 2010 we have received considerably more orders from within the European Union. This appears to be down to the new EU guideline, which bid farewell to the requirement for an authorized signature on archived invoices, starting to bear fruit. We are happy for our customers that reason has finally prevailed in this respect (even if it is a long time coming!).

September/October: FrOSCamp 2010 remains vividly in our memory. While the volume of visitors on both days was not great, my lecture on virtualization was very well attended. Even months later I am still receiving feedback on my lecture notes. I would just like to clear one thing up: I have nothing against rack servers. I merely wished to point out that small and mid-sized companies should think hard about the server environment that makes sense for them. Even though hardware costs less today, the implementation and operation of a data center can soon run into six-digit figures (SFR/euro).

November: then everything seemed to speed up. We presented the development of our 64-bit version in October, and at the end of November we presented the first version on the 11th linuxday.at in Dornbirn (Austria). The title ‘Two Minutes to Virtualization’ led to a visitor asking why the lecture took 45 minutes if the solution could be implemented in two minutes. In a nutshell, the visitors had their doubts in the beginning. However, this quickly changed when at 11:02 both machines had been completely set up and configured. And, as we know by now, each ArchivistaVM solution is also an ArchivistaBox solution.

December: the last few months of 2010 were filled to bursting. We were able to implement a number of new solutions. Most of the orders are still being shipped with 32 bit (the documentation is still missing for the 64-bit version), However, we can, of course, deliver the 64-bit version if requested. For ArchivistaBox customers, i.e. in the context of DMS projects, the release is not really that important, as now and going forward we use the same sources for both 32 and 64 bit.

Wishes for 2011: unfortunately, we also had a time-consuming support situation in December where we had to restore a defective ArchivistaBox solution without backups. Therefore, my tip to everyone: even if the new solution is set up in 2 minutes, it’s still well worthwhile investing a further 2 minutes a week to check the backup. We would like to wish our customers, employees, suppliers and anyone just popping by all the best for 2011.