Egg, August 11, 2021: Manual tagging of recorded movies used to be quite time-consuming. With the integration of data from omdb.org, it is now possible to simplify this job to a large extent. 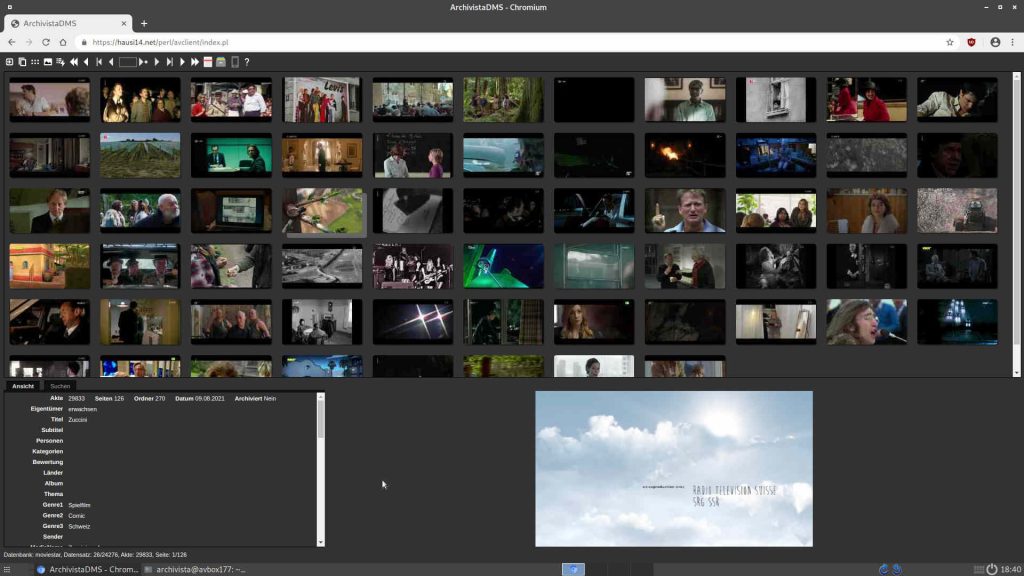 Metadata for films on the Internet

Just this summer, many feature films were broadcast on television, which conveniently found their way into the private media archive of the business manager. Over time, however, disillusionment set in. Once it took a relatively long time to search for the appropriate keywords for each film in an external source (usually wikipedia.org), but it also turned out that, for example, the search for contributors to a film (director, actors, etc.) would be very desirable.

There are several approaches to this on the Internet. The best known are probably the homepages tmdb.org and imdb.com. Both portals offer good summaries of almost all feature films and series. The databases are mainly maintained by volunteers. Therefore, it should be assumed that the data can be used freely. However, this is not the case.

At imdb.com the data may only be used for non-commercial purposes and at thmd.org there is an API (interface for automated access to the data), but before the data may be used, a registration has to be done to get access by means of a key. The FAQ states that the start was in 2008 with about 10’000 titles from omdb.org.

Integration of data from omdb.org

Unlike the other two candidates, the data from omdb.org can be used freely. However, there is no API interface. Rather, the data must be obtained as ‘csv’ files. To do this, there is a new option ‘Create film database (OMDB)’ in WebConfig under ‘Manage jobs’ in the ArchivistaBox 2021/VIII. This job can be used to create a local instance of the OMDB data.

Keywording in the video player

In order to be able to tag films, the video player of the Archivista database must be called up.

For films that have not yet been tagged, the most suitable films possible appear directly for selection. The corresponding check mark is to be set and the keywording is to be confirmed with ‘Submit’. The film is now correctly entered. Instead of a selection list, only the exact entry matching the film is made.

After clicking ‘Submit’, a list of matching matches will be displayed.

For movies that already exist in the local archive, the matching file number is also displayed.

With version 2021/VIII, overlong fields are no longer displayed overlapping the following fields in the view, but are simply truncated on the right. The entire content can now be activated either by clicking on the field name or by ‘hovering’ over the field with the mouse. 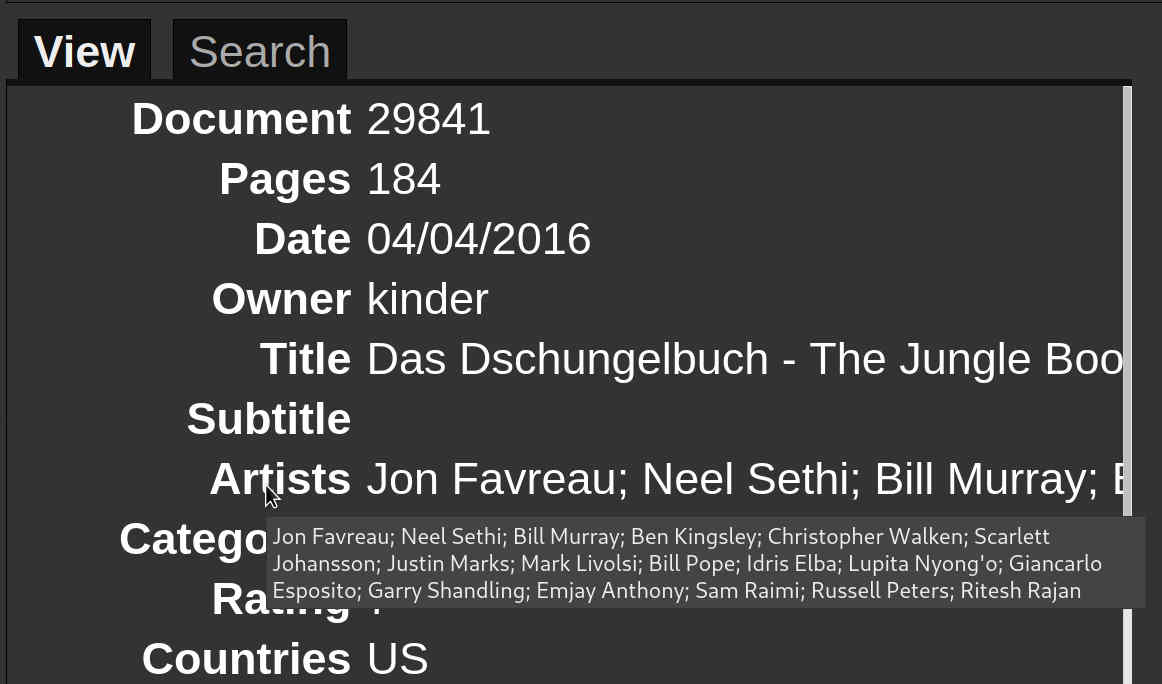 This makes navigation much easier than before, especially on smartphones. The display of field widths has also been refined. And last but not least, it should be noted that the ArchivistaBox is being delivered with new versions due to a serious bug in the Linux kernel.