Egg, April 9, 2020: After last month’s presentation of the two new flagships K2 and Everest, this time there is new hardware and software for everyone. On the one hand, all our customers will benefit from the delivery of new small boxes, but on the other hand AVMultimedia has been or had to be further developed. 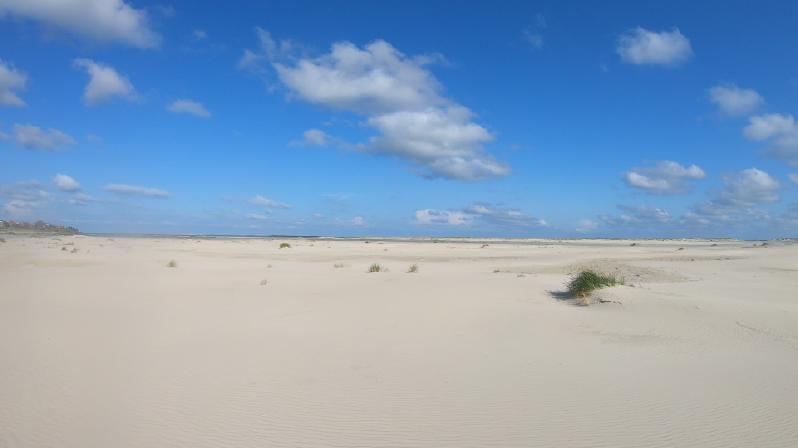 When the ArchivistaBoxes were introduced in 2005 (a long time ago or time passes quickly) we relied on small industrial computers. These were quite robust, but still quite expensive to buy and rather limited in terms of expansion.

Therefore we replaced the first generation a few years later with larger, commercially available computers. This enabled us to reduce the prices of the ArchivistaBoxes considerably, which ultimately benefited all customers. The only disadvantage: The ArchivistaBoxes became considerably larger. 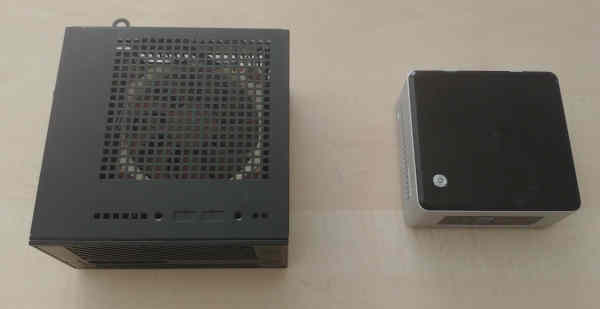 The advantage of the new computers is that they work with the very efficient new Ryzen technology of the latest generation. This ensures that both high quality CPUs provide a lot of speed and also that the new extremely fast NVME data carriers (throughput of 3 GByte / second) are available in the smallest possible space. 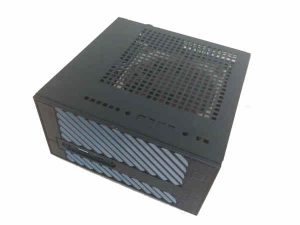 The flags ‘memonly’ and ‘nooverlay’ are used for this. With ‘memonly’ the content of the ISO file is copied into the main memory in compressed form, with ‘nooverlay’ the entire content of the ISO is copied into the main memory uncompressed. For AVMultimedia the process must be adapted manually, for the ArchivistaBoxes this can be solved on request using the customer specific ISO files.

It is important to know that a minimum of 4 GByte RAM is required for ‘memonly’ and 8 GByte for ‘nooverlay’. Regardless of which mode is used, what all three variants have in common is that the load on the hard disks is thereby extremely reduced. All access to programs such as system files is either read-only or exclusively via the main memory, there is absolutely no access to the data carriers. 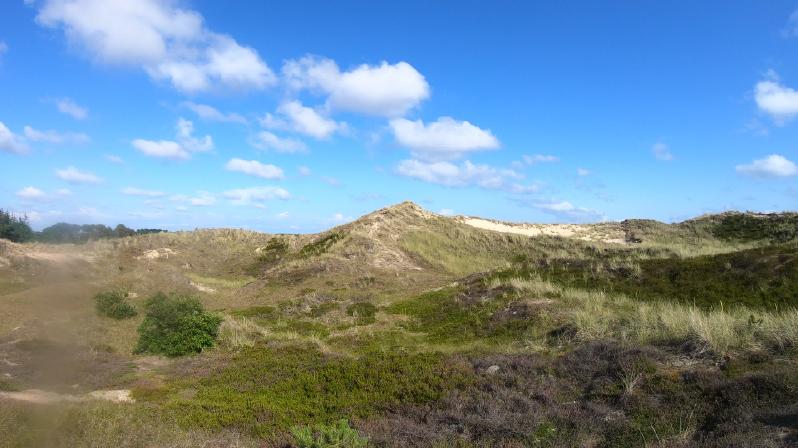 Why is this so central? Quite simply, both SSD and NVME disks do not have an infinite lifespan. Admittedly, even conventional hard disks give up the “ghost” after a few years. But with modern data media, a defect in one sector inevitably leads to the loss of the entire disk.

In this regard, we would like to refer you to an article on the writing processes of Tesla vehicles from heise.de. With a bitter aftertaste you can read there that Tesla could throttle the write cycles of the system files, but does not do this, and that therefore the on-board computer destroys the internal eMMC disks excessively fast (a replacement unit costs 3000 Euro).

So that we understand each other correctly: With AVMultimedia and the ArchivistaBoxes there are no such write cycles at all, the system logs (with the exception of the log file from ArchivistaDMS) are only kept in the main memory and therefore there are no write processes at all.

And for those who are still not convinced that this is central, it should be said that current NVME disks sometimes have between 1000 and 2000 TByte write capacity (with 2 TByte size). In other words, the 2 TByte disk can be fully written between 500 and 1000 times.

Therefore, fewer write cycles will be the new gold standard of computer science in the future. Thanks to the RAM mode of the ArchivistaBoxes and AVMultimedia our solutions remain gold even when other solutions have long since been grounded. And yes, in the current context it is by no means just a question of the cost of replacement. In the near future it will be much more a question of being able to have sufficient components available within a reasonable period of time, in keeping with the old but current saying: “Save time, then you’ll be in trouble.

Since the Novemeber release the ArchivistaBoxes can now manage multimedia content. In the last month ArchivistaDMS has massively increased the throughput of films. 20 GByte 4K film material is currently archived in around 3 to 4 minutes. This means that the ArchivistaBox MP4 videos are now processed five times faster than in November 2019. 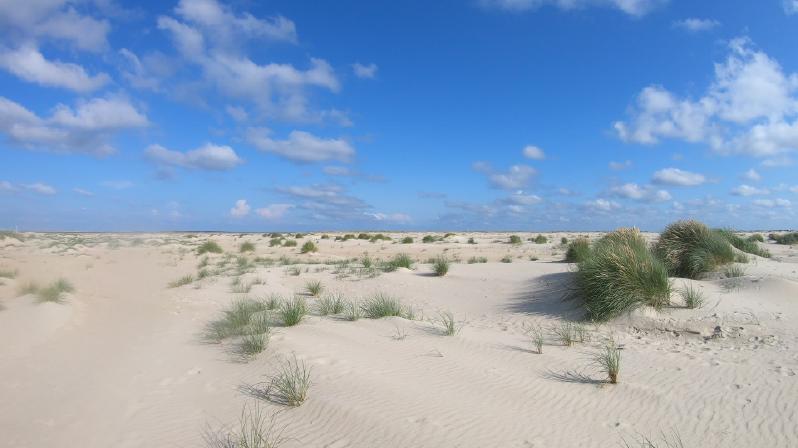 Even if the current added value of video conferences, which are springing up like mushrooms everywhere, is certainly overestimated (sometimes telephone conferences would do just as well), the functionality is now also available with AVMultimedia and the ArchivistaBoxes. Of course this is only available if the computers are equipped with a camera and microphone.

Otherwise the functionality can be retrofitted via a webcam. Unfortunately webcams via USB in the current context have been sold out for weeks, the delivery dates are given as being in June.

Apart from the hope that only a few people will have to communicate with webcams by then, AVMultimedia offers another very elegant method to solve the webcam problem quickly and efficiently. Simply dig out an old notebook, insert the AVMultimedia stick and boot via stick. After 1 minute at the latest (notebook from 2010) the modern AVMultimedia desktop with the newly integrated V4L2 drivers is available.

The internal attempts to set up our own video servers failed not because of the technology, but because of the bandwidth of our internet providers. After all, there is currently the offer of Switch (if there is no more bandwidth there, then video chatting should not work anyway). The offer is called https://open.meet.switch.ch (enter your pseudonym there and off you go, encrypted in the basic scope and optionally useful with password).

The used solution Jitsi is Open Source (it was successfully installed on a server with AVMultimedia) and is therefore (bandwidth provided) freely available. To make Jitsi work, you need a current web browser (Firefox or Chromium compatible).

Chrome itself cannot be recommended for data protection reasons. The open source project Chromium is not an alternative (also extremely bad default settings for data protection and privacy). Ungoogled Chromium has now been added to the “done” box, since the corresponding options are simply removed or at least deactivated in this browser.

Vivaldi has also been tested; this browser is available for Linux, Windows and Mac, and there is even a version for Android (although it is only beta). This leads to another innovation of AVMultimedia. Now all programs that are available via Flatpak can be loaded. These apps are all stored under /home/archivista/flatpak. Furthermore there are many new little things (and bugs have been eliminated). A list of all changes can be found at: https://dev1galaxy.org.

And for all those who are interested in statistics. Until the current release (September 2019 to today), the ISO files have been built 795 times (about 3.8 new “versions” per day). Currently six ISO files are created per run (AVMultimedia, AVMultimini, ArchivistaBox, ArchivistaDev, ArchivistaRun, ArchivistaVM).

As a result, in the last seven months well over 1200 new ISO files have been created, not even including the customer-specific ISO files. The build process currently takes about 3 minutes (before the change to Archivista K2 about 20 minutes). So, now have fun with the Easter Egg Challenge, wherever and however it takes place.

P.S: We will be available for you again in support from Easter Tuesday. If you like, you can also communicate with Jitsi via open.meet.switch.ch. Just dig out your old notebook and AVMultimedia-Stick…