The origins of our products can be found back in 1993

While searching for a good quality and easily financed archiving solution, the future founder of the company realised in 1993 that the solutions on offer were either of inferior quality or were too expensive to allow a classic SME to finance the procurement.

It was first intended to be just a tool for adding key words to scanned documents, but it developed into an application that could already be seen to be related to today’s RichClient product. During this period a great deal of useful experience was also accumulated, which later characterised the company’s philosophy. 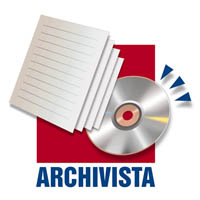 The company Archivista GmbH was founded in March 1998 in Zurich. A multitude of products and services have since then joined the real flagship product – the Archivista software. Already in 1999 an English language version of Archivista was released. In the year 2000 we were one of the first European companies to make a commitment to open source databases for our products.

The company moved into new premises in Pfaffhausen in 2007. In 2008, in addition to the archiving and the DMS component, a new ERP component was installed in the ArchivistaBox. A server virtualisation platform – ArchivistaVM – appeared in 2009. In 2010, all ArchivistaBoxes were produced as 64-bit versions. One year later, Archivista GmbH won the Special Prize category of the CH Open Source Award.

In 2012, all ArchivistaBox versions were produced in RAM mode, i.e. with the entire software running exclusively in the main memory. This enabled a significant increase in speed. The Albis III scan station appeared in 2013; the scan box still weighed less than 100 grammes, but was able to process up to 200 pages per minute. Archivista GmbH moved into new premises in Egg, as the owners acquired a property there in 2013.

Archivista’s customers primarily come from Switzerland (60%) and other German-speaking areas (30%). The remaining 10% of the firm’s customers are found in locations covering most of the globe. Italian and French versions of ArchivistaBox have been available since 2008. These figures do not include the well over 100,000 downloads and ArchivistaBox Community registrations worldwide.

PDF Button
« About us — Management »